Recently, in conjunction with the promotion of my recent biography of Benjamin Graham, I was preparing for a talk about the remarkable resiliency of Graham’s investment principles. The most important aspects of his investment philosophy, as expressed in Security Analysis, The Intelligent Investor, and other writings, have been vindicated, even elevated, by reams of recent data. I dedicate a portion of that talk to some long-term value vs. growth studies published over the last nine years. I am grateful to Value Walk for granting me the opportunity to discuss and expand upon that particular aspect of Graham’s legacy in this piece.

Before we begin, an important qualification is in order: As many have noted, value vs. growth is not a clean ‘day vs. night’ dichotomy. There are many successful investors who practice a modified Graham & Dodd approach, adopting select elements of growth criteria in certain instances. (Whether or not that is advisable is a topic beyond the scope of my expertise, but it is clear that, particularly for non-professional investors, Graham cautioned against such deviations.)  Moreover, stocks that provide an adequate margin of safety can be found in technology and other industries associated with growth investing, while overpriced stocks abound in non-growth industries. Nonetheless, as far as the relevant studies are concerned, the value group is selected by a number of traditional Graham & Dodd filters (such as low price-to-book value), whereas the growth data set, as a group, tends to represent the inverse of some of these filters.

As opposed to value investors, who tend to insist on a strong margin of safety, growth investors are often willing to forego the margin of safety to a certain extent and purchase securities at higher prices – relative to earnings, book value, cash flow, dividends, and so forth. Specifically, they are willing to pay those higher prices for securities that exhibit more rapid earnings growth, which, according to the growth investor, is an indicator of superior future performance. As leading value investor Charles Brandes wrote in 2004: “Growth stocks tend to be accompanied by expectations for future earnings that are far greater than the average shown in the past. Such stocks are often in exciting new industries, about which there is a great deal of promise and optimism.”[1]

Excessive optimism and excitement regarding the prospects of a new industry is often what motivates traditional growth investors to purchase stocks with little regard for the margin of safety. Consequently, the relationship between the stock’s price and its book value, earnings, sales, and so forth are, to quote James Grant from Mr. Market Miscalculates; “not the kind of numbers that caused Benjamin Graham to open his checkbook.”[2] In recent decades, the electronics/commercial aviation bubble of the early 1960’s and the Internet bubble of the late 1990’s, stand as the most dramatic examples of investors’ susceptibility to the lure of exciting new industries promising unprecedented growth. In both instances, the investing public paid outrageous prices that bore no relation to earnings, capital position, and other value fundamentals.

Some may argue that these bubbles are somewhat extreme and reckless examples of growth investing gone awry. So, let’s look at a more continuous set of data over a longer period of time: In 2003, Ibbotson Associates published a study entitled “A Comprehensive Set of Growth and Value Data”. The study employed a rigorous set of criteria separating performance by investing style, as well as by four categories of investment size (micro-cap, small-cap, mid-cap, and large-cap). The study verified that, from year-end 1968 to year-end 2002, an investment in value stocks would have yielded a compound return of 11%, versus a compound return of 8.8% for growth stocks.

A difference of 2.2% that may not seem dramatic, but, adding up the returns for the 1968-2002 period covered by the study, we see that $1,000 invested in value stocks in 1968 would have grown to $34,630 by the end of 2002 – vs. only $17,520 for investing in growth stocks over the same period. So, that seemingly trivial difference in the annual compounded return amounts to an enormous difference in overall return over time. In fact, the value investor did almost twice as well as the growth investor during this extended time frame. The lead author of the Ibbotson study, Michael Barad, wrote: “While it was somewhat expected that the value index would outperform the growth index over a long time frame, a closer look at value and growth between the four size portfolios yields some interesting information… Over time, a consistent pattern of value outperforming growth emerges within each of the size groupings.”[3] However, the gap may be even larger than the Ibbotson study suggests:

The noted investor Rob Arnott, regarding another comparative data set, spanning 1978 to 2004, notes that value exceeded growth during that time frame by an annual gap of 2.1%. That happens to be just one tenth of one percent off the annual differential identified by the Ibbotson study covering 1968 to 2002. That annual gap of 2.2% led to the enormous difference in overall return highlighted above. However, due to what he believes to be a flaw in how this comparative data is gathered, Arnott believes that the annual value advantage of the 1978-2004 value vs. growth data set is considerably greater than 2.1%.

The problem is that size is typically defined by market capitalization. But capitalization is a product of the size of a company—typically measured as sales, earnings, or book value—multiplied by, respectively, the company’s price-to-sales ratio (P/S), price-to-earnings ratio (P/E), or price-to-book ratio (P/B). So, market capitalization is a tangled combination of size and growth…In measuring the value factor, the typical approach compares high-B/P (book value to price) stocks with low-B/P stocks (or a related valuation ratio), after a universe of stocks has first been selected based on capitalization. Again, the size factor and the value factor are tangled together.[4]

So, through a series of steps, Arnott (drawing on his own work as well as that of Berk, Markowitz, and others) goes on to disentangle the two factors to arrive at what he describes as “…a purer measure of growth versus value, one unadulterated by capitalization effects.”[5] The result is an annual value gap of 4.7% instead of 2.1% which, of course, leads to an even more dramatic disparity in overall long-term returns.

Another, more recent, study by James O’Shaughnessy is not a direct value vs. growth comparison, but it highlights the same dynamics. The study, included in the 2011 edition of his book, What Works on Wall Street, compares the performance of the general market against the top 10% of a composite of multiple value factors – what O’Shaugnessy refers to as Value Factor One. This composite is comprised of lowest price-to-book, price-to-earnings, price-to-sales, and price-to-cash flow, and the highest EBITDA/Enterprise Value. This figure, enterprise value, is calculated by adding up the market value of common equity with the market value of debt, minority interest, and preferred equity, and then subtracting the market value of associate companies, cash, and cash equivalents. This ratio is constructed to remove the impact of a company’s capital structure, which, in some instances, can distort the meaningfulness of P/E.

Having worked in the investment business for 42 years, Graham observed how the market’s long-term behavior generally conforms to the same patterns. In 1976, just months before his death, he told an interviewer that “I think this business of greed—the excessive hopes and fears and so on—will be with us as long as there will be people.”[7] Implicitly, as long as market behavior conforms to the same long term patterns that existed in Graham’s time, the success of his methods is likely to persist. So, were he alive today, it is doubtful that Graham would have been surprised by the results of these more recent studies. Nonetheless, considering that Graham began working on Wall Street in 1914, it is striking how well the essence of his approach has stood the test of time.

Joe Carlen MBA MISM is the author of “The Einstein of Money: The Life and Timeless Financial Wisdom of Benjamin Graham” of which The Economist wrote: “Joe Carlen explains [Graham’s] ideas well, and by switching between Graham's philosophy and his personal life, he gives the book narrative drive.”

Mr. Carlen will be speaking at the Museum of American Finance on November 1st at 12:30 p.m. More information can be found here.“

“We expect LatAm growth to turn the corner in 2017; fiscal consolidation is needed across LatAm but is subject to politics,” that’s the view of HSBC’s Latin America Economics... Read More

A year ago, we wrote in the November 2013 monthly commentary about our stance on energy stocks in our domestic strategies. At the time, natural resources were not a... Read More 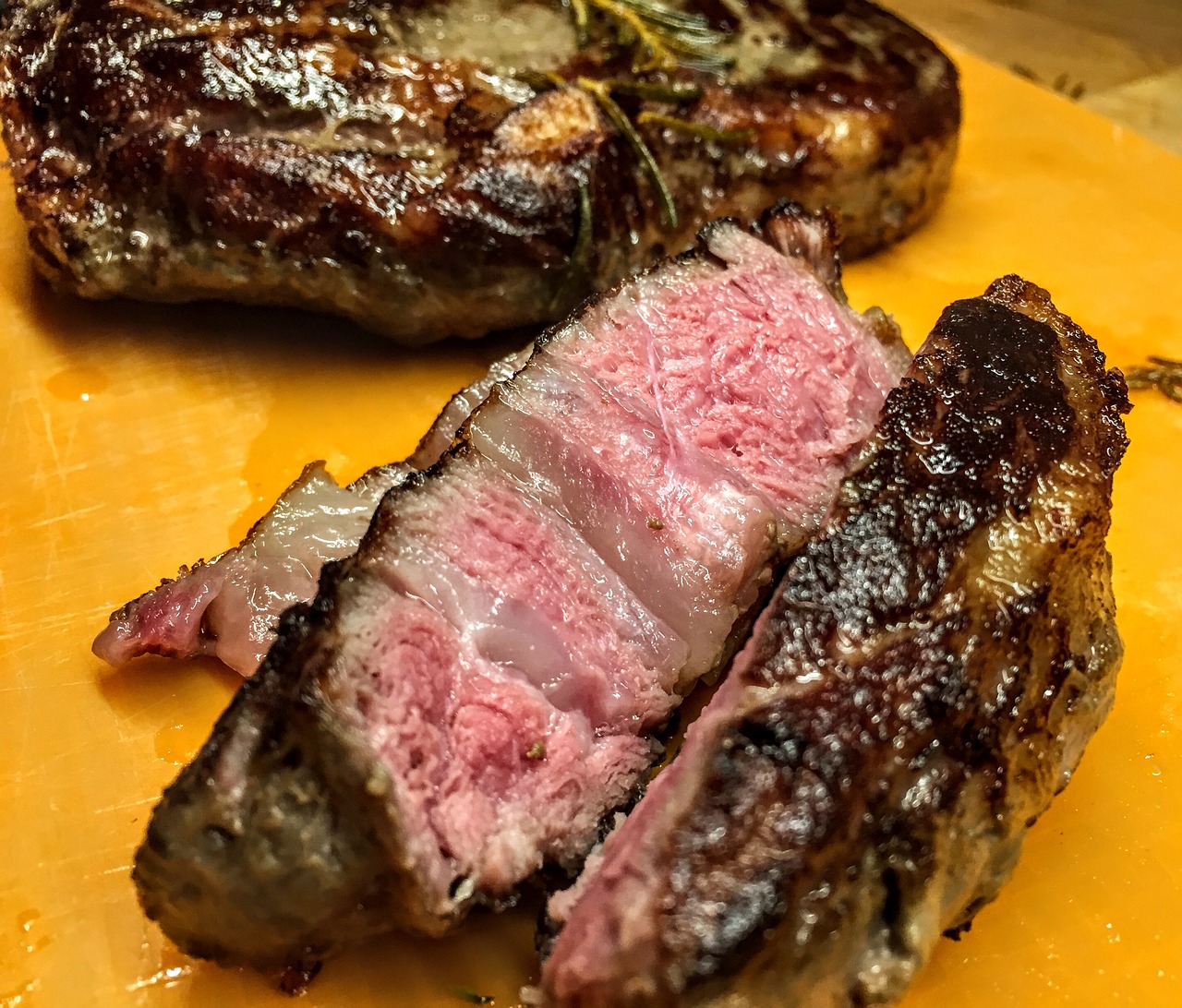 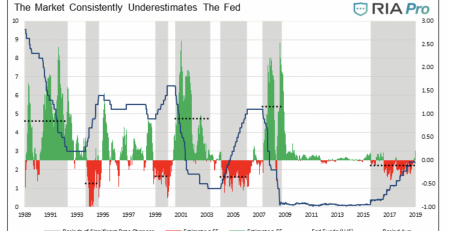