Appaloosa Management May Return $2 To $4 Billion To Clients

Appaloosa Management, a hedge fund run by David Tepper, plans to return between 10% and 20% of investor assets by the end of 2014, according to a person familiar with the situation, as first reported by Svea Herbst-Bayliss and Sam Forgione of Reuters.

The latest move comes as the hedge fund is dealing with tough market conditions and losing money in October.

David Tepper, head of the $20 billion hedge fund Appaloosa Management, has been facing tough market conditions with the fund down 6% in October, and down around 2.3% for first 10 months of 2014. The hedge fund earned $3.5 billion in 2013 to rank as the top fund in the hedge fund industry. However, this year Tepper acknowledged making some bad calls.

At the annual SkyBridge Alternatives Conference in May, Tepper admitted that he was “nervous” about the stock market but that this was not the time to sell. He said: “I’m not saying go short, just don’t be too friggin’ long”.

However, the benchmark S&P 500 stock index has gained over 9% since then.

As reported by ValueWalk, last year David Tepper’s hedge fund announced its intention to distribute $1.5 to $2 billion back to investors. The hedge fund has tried to maintain assets in a range that it deems fit for optimal management. With its $2 billion returned to clients last year, Appaloosa has so far returned $10 billion to investors since its inception in 1993.

Tepper’s Appaloosa Management currently manages nearly $20 billion in assets, about the same as at the end of 2013. The flagship Palomino Fund is down over 2.3% year to date through the end of October. As of September 30, the hedge fund’s top holdings include General Motors Company (NYSE:GM), Citigroup Inc. (NYSE:C), Priceline Group Inc (NASDAQ:PCLN). 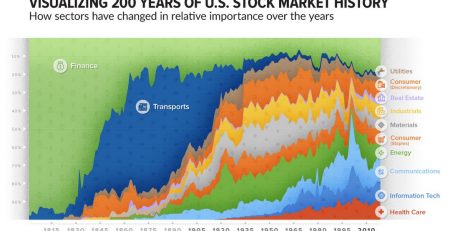 If you could travel back in time to the 19th century, it would be very difficult to convince anyone that railroad investments were not the future of the stock... Read More

It was a busy day on Thursday for the Initial Public Offering (IPO) marketplace as five companies went public. The big winner was Trulia with its 40 percent jump. Let's... Read More