Apple Inc. (NASDAQ:AAPL) has seen its shares tumble more than 13% so far in 2013, and more than 33% since it hit highs of over $700 per share in September. The stock was the most widely held among hedge funds and those vehicles are being sorely tested in the first quarter of 2013. Here's a chart of the top holders of the stock in the financial world (the list consists of the largest asset managers, many . . .

SEC Puts The Lid On Its J.C. Penney Investigation

In December last year, Alan Marcus, a shareholder of J.C. Penney Company, Inc. (NYSE:JCP), went to court against the company for its abrupt announcement in September of a common... Read More

The European Union has approved a law that will bring huge fines to bear on companies found guilty of manipulation the Libor, the London Interbank Offered Rate. The new... Read More

Bill Gross took to Twitter today and once again enlightened the investing masses regarding his investment wisdom. The issue is: was he talking about a trade he actually made... Read More

Grizzly Research short idea presented at Valuewalk Conference is down 25% 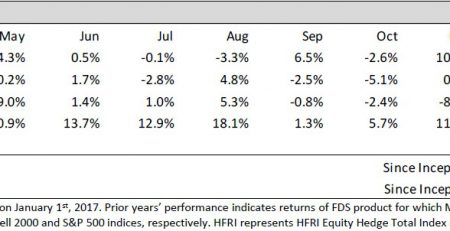 Are The Effects of the Minimum Wage Starting To Show Up?

Seventeen states increased their minimum wages in 2014. Most of the changes happened early in the year, starting with New York increasing its minimum wage from $7.25 to $... Read More