Capital markets were rather erratic in the first quarter of 2015, showing little discernable pattern to translate into a simple characterization of investor sentiment. In January, U.S. bonds were up more than +2%, U.S. large and small caps were both down at least -3%, and foreign stocks were up less than +1%. That looks a lot like risk aversion. February, however, saw a huge reversal: U.S. large caps and small caps, as well as international stocks were all up nearly +6%, while U.S. bonds fell nearly -1%. It was clearly a bullish month, or as some would have it, a riskembracing environment. March was a lot less clear: U.S. bonds and small caps rose less than +1%, international equities lost a bit but were essentially flat, and U.S. large caps fell nearly -2%. To our minds, such an environment translates as a stock-picker’s market, where the individual securities owned can make a big difference. A majority of our portfolios outperformed with some doing so quite strongly.

This quarter, Ariel Focus Fund fell -2.20%, behind the Russell 1000 Value Index’s -0.72% return, as well as the +0.95% rise of the S&P 500 Index. Some of our holdings posted solid gains for the quarter. Global leader in money transfer Western Union Co. (WU) advanced +17.12% after a solid quarter. The company’s earnings per share (EPS) of $0.42 was well ahead of Wall Street’s $0.34 prognostication. It also delivered full-year guidance above expectations and returned $753 million to shareowners through buybacks in 2014. We continue to think the pessimism overhanging the company is exaggerated because we believe the company’s position is stronger than conventional wisdom says it is. In addition, medical lab expert Laboratory Corp. of America Holdings (LH) rose +16.86% on strong earnings. The company delivered $1.65 in EPS, ahead of Wall Street’s $1.63 estimate. The market was particularly pleased with the Covance, Inc. acquisition, and such a reaction has been unusual until the last few years. We too support this savvy
acquisition, and remain impressed with the company’s strong and defensible niche in a critical area of health care.

Other holdings fell in the turbulent three-month period. Forprofit educator Apollo Education Group, Inc. (APOL) dropped -44.53% due to a weak earnings report. Its revenues declined -14% for the quarter, and new starts were more disappointing than expected. In addition, the company lowered its full year operating income guidance. We think pessimism is extremely high, and our position in the stock is quite small. We think even a little good news would likely boost its valuation. Also, oil and gas services company National Oilwell Varco (NOV) retreated -23.01% as oil prices fell sharply. Indeed, the company’s EPS of $1.69 topped the $1.60 Wall Street estimate. The market is afraid of falling oil prices and tightly connects National Oilwell Varco’s long-and short-term prospects to these ever-changing figures. We, on the other hand, think the company is by far the leading expert in the mission-critical offshore rig field and therefore continues to have the potential for a very bright future.

During the quarter, we initiated three new positions and exited three in Ariel Focus Fund. We purchased shares in Anixter Intl Inc. (AXE), a current holding in some of our other portfolios. Anixter is a leading global supplier of communications and security products, electrical and electronic wire and cable, fasteners, and other small components. Its innovative supply chain management services reduce the total cost of production and implementation for its customers. We purchased Bio-Rad Laboratories, Inc. (BIO), also a current holding in some of our other portfolios. This company has remained at the center of scientific discovery for more than 50 years, manufacturing and distributing a broad range of products for the life science research and clinical diagnostic markets. Bio-Rad is renowned worldwide among hospitals, universities and major research institutions, as well as with biotechnology and pharmaceutical companies for its commitment to quality and customer service. We also bought shares of St. Jude Medical, Inc. (STJ), a current holding in our mid cap value portfolio. This company develops medical technology and services to treat cardiac, neurological and chronic pain patients worldwide. It is a leader in many categories, especially including implantable cardioverter defibrillators (ICDs), and heart valve replacement and repair products. We sold International Game Technology (IGT), which is being acquired by GTECH SpA (GTKYY) for $6.4 billion. Lastly, we sold our shares in Target Corp. (TGT) and Snap-on Inc. (SNA) in order to pursue more compelling opportunities.

We are becoming more cautious than optimistic toward equities. We think investors should be prepared for a correction, although we do not endorse market timing and do not think it is time for a major portfolio shift. The current bull market, which mostly dates back to March 9, 2009, has persisted far longer than most. Over that period, annualized returns have been tremendous, nearly double the long-term yearly average; some reversion to the mean seems nearly inevitable. Finally, in the United States, the current price/earnings (P/E) ratio for both large and small caps hovers around 18x. That is pricier than long-term averages of between 15x and 16x. We are concerned largely with valuation, and we do expect the U.S. economy to continue to grow. We also think evidence shows that the worst bear markets tend to occur when economic cycles peak alongside high equity valuations. We do not see that scenario occurring. In the meantime, we continue to strive to identify and purchase mispriced stocks of businesses that are better than the market price suggests. 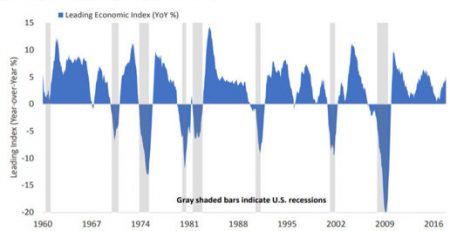 FORECASTS & TRENDS E-LETTER by Gary D. Halbert September 3, 2019 IN THIS ISSUE: A Recession is Coming, the Question is When “The Anatomy of the Coming Recession” Overview: A Recession... Read More 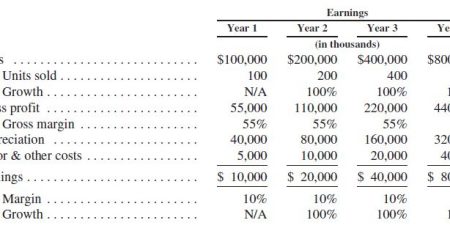