The big investment buzz a year ago was the so-called “Great Rotation,” an expected shift out of bonds and into equities. In response, we devoted our January 2013 commentary to mutual fund flows, and while we were unsure whether the phenomenon would become a trend, we were clear that we saw the possibility as “a return to familiar ground.” That is, from 2008-2012, investors changed their traditional patterns of behavior, evidently in reaction to the sharp equity losses in the 2007-2009 bear market. Last year, we wrote:

In order of magnitude, the three shifts we have seen lately have been a massive preference for bonds over stocks, a huge swing from actively managed equity portfolios to passive ones and a much greater fondness for funds with stellar short-term performance.

We thought this trend an overreaction for the most part and in some cases a “severe case of performance chasing.” A year later, we believe it is an opportune time to revisit the issue and report good news: Investor behavior has largely returned to form.

Heading into 2013, we had seen five years of huge bond inflows (averaging nearly $200 billion annually) and big U.S. stock outflows (averaging $60 billion per year). Traditionally, of course, both tend to have inflows. We did see something of a rotation, but not a complete one, in 2013. Specifically, inflows to domestic equity funds totaled $60 billion, while investors added just short of $150 billion to international funds. Indeed, investors did absolutely dump one type of fixed-income fund, with municipal bond funds losing nearly $58 billion in assets. (For perspective, in the nine preceding years, muni-bond inflows averaged about $19 billion annually.) Investors did not shed taxable bonds en masse, however; inflows to that group of funds totaled $22 billion, which still represents an inflow, but a 90% reduction in size. Overall, this behavior seems rational to us. We believe the long-term returns of equities should surpass that of bonds, especially in the current environment, so higher flows to stocks is smart from our perspective. By the same token, if investors are building assets toward long-term goals, setting a reasonable asset allocation scheme and investing toward it gradually would be rational.

A slightly less bothersome 2008-2012 pattern, but nevertheless an extreme one, was the enormous shift from active to passive investments in the crisis and post-crisis period. Underlying the U.S. equity outflows, there were actually inflows of roughly $55 billion annually to passive equity funds during the period, with even a modest shift toward passive bond funds. In 2013, investors redeveloped a taste for active investing. Active U.S. equity funds gained $36.5 billion in new money, while passive U.S. equity funds gained just under $12.5 billion. Meanwhile, active taxable bond funds saw $27 billion in inflows, while passive taxable bond funds gained $3.5 billion. Mind you, as active managers we do believe smart, disciplined investors can beat the market over the long term. Still, we agree with our philosophical mentor, Warren Buffett (Trades, Portfolio), that low-cost index funds are a very good tool for many investors. From 2000-2007 investors basically split money between active and passive funds, and we think a move back in that direction is a good sign for the overall market. Ironically, in order for a market to be efficient and healthy, individual investors need to believe they can beat it.

Finally, investors stopped chasing performance so hard in 2013. Over the long term, mutual funds tend to see inflows regardless of their Morningstar Star Rating1 (the most handy measurement of short- and medium-term performance). That is, even one-star funds generally see inflows but not as great as those with three-, four-, and five-star ratings. In the 2008-2012 period, however, investors dumped one-, two-, and even three-star funds, and moved heavily into five-star funds. In 2013, on the other hand, normal behavior returned. One-star funds saw minor inflows of $1.5 billion, two-star funds received $11.8 billion in new money, three-star funds gained $37.7 billion, four-star funds increased by $52.5 billion in new cash, and five-star funds garnered $16.0 billion in flows. Because there are more than twice as many four-star funds as five-star funds and top-rated funds tend to be red- hot (and therefore likely to cool off), we think this behavior makes sense. Most importantly, it signals an end to what we saw as magical thinking: the notion that a recently strong track record in a highly unusual period is the best indicator of future success. To be sure, a more even flow of money does not necessarily suggest strong fund-picking based on fundamentals, but at least it is not the tunnel vision that dominated the preceding period. Altogether, we were pleased with the direction American investors took in 2013. For five years, investors displayed what we saw as an all-or-nothing approach: Buy bonds, not equities. Shift big to passive and avoid active, or at the very least, only buy the most recently successful active managers’ funds. In 2013, investors showed more capacity to balance bonds with equities in order to give active managers a chance and select funds for reasons other than short-term returns. Ultimately, we think for the market to thrive in a stable way, investors have to return to more normal, predictable patterns of behavior. On that front, 2013 was a good year, and we are optimistic another one has just started.

The opinions expressed are current as of the date of this commentary but are subject to change. The information provided in this commentary does not provide information reasonably sufficient upon which to base an investment decision and should not be considered a recommendation to purchase or sell any particular security. Past performance is no guarantee of future results. Investing in equity stocks is risky and subject to the volatility of the markets. Investing in small cap and mid-cap stocks is more risky and more volatile than investing in large cap stocks. The intrinsic value of the stocks in which the Fund invests may never be recognized by the broader market. An actively managed portfolio is more risky than a passively managed portfolio that replicates an index because it contains fewer stocks than its benchmark. Bonds are fixed income securities in that at the time of the purchase of a bond, the amount of income and the timing of the payments are known. Risks of bonds include credit risk and interest rate risk, both of which may affect a bond’s investment value by resulting in lower bond prices or an eventual decrease in income. Treasury bonds are issued by the government of the United States. Payment of principal and interest is guaranteed by the full faith and credit of the U.S. government, and interest earned is exempt from state and local taxes. 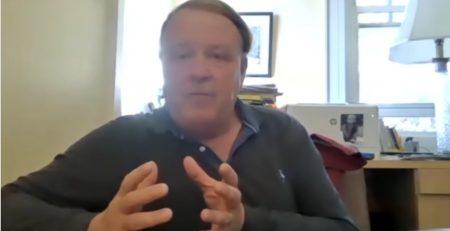 Since Toys 'R' Us declared bankruptcy and announced that it will be closing all of its stores, it has seemed like no retail store is safe. Are people nowadays... Read More

While many investors are losing their shirts in the current volatile markets, not everyone is unhappy about the turmoil. Financial media has been a big winner with many networks... Read More

“We believe the People’s Bank of China will continue its efforts on reducing financial risks with more rounds of mini rate hikes this year” that’s the key takeaway from... Read More

There are thousands of value-oriented mutual funds, hedge funds and ETF’s on the market. Most, apart from a select few, run by some of the industry’s most prominent fund... Read More