We are in a currency war, and have been since 2008. Our current global monetary system is deeply flawed in spite of the International . . . 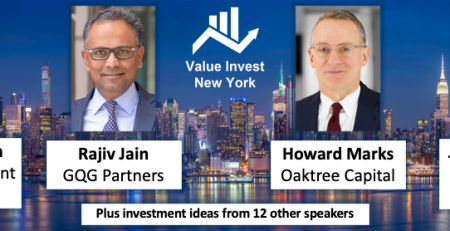 Notes from the Value Invest New York which took place at the Metropolitan Club on the 4th of December 2018. The speakers provided valuable insights into the methods and... Read More

Why ValueAct had to pay the highest-ever HSR Act fine

Why ValueAct had to pay the highest-ever HSR Act fine On July 12, 2016, the Department of Justice (“DOJ”) announced that investment firm ValueAct Capital (“ValueAct”) agreed to pay a... Read More

With Employment, Industrial Production, Productivity, and Retail Sales now in, now seems like a good time to update how these big 4 economic indicators look by U.S. president. Before looking:... Read More

Six Channels Of China Capital Outflows And The Area Of Concern