This is the Fund’s eighteenth regular quarterly report to provide updates on the Partnership’s performance. The Partnership’s Fund administrator, Fund Associates, LLC, is also generating monthly investment reports for each Partner, by directly and independently accessing the Fund’s electronic brokerage data.

This quarter’s report will also provide a further update on the Fund’s performance for the third quarter through last Friday’s market close on August 18th.

Gross and net annualized returns for the Fund since inception through the most recent business close, amounted to 10.24% and 8.58%, respectively.

From the beginning of Q2 through the most recent business close, returns for the Fund amounted to 3.46% on a gross basis and 2.82% on a net basis (after fees) compared to 3.03% for the benchmark.

As always, it is also important to re-state that the Fund’s returns were generated without leverage (either direct or effective leverage through options), without taking highly concentrated positions, and while conservatively holding substantial cash and/or Treasury bond positions. I also continue to “put my money where my mouth is” and most of my liquid net worth also remains invested in the Fund along with the other Partners.

From the beginning of Q2 through the most recent close of business, domestic equities2 delivered a return of 3.48%. Bond returns, on the other hand, were also solidly positive as the yield on the benchmark 10-year Treasury decreased from 2.40% to 2.19% and the bond sub-component3 of the Fund’s benchmark increased by 2.37%.

The returns for the Fund’s positions in both Target and Ralph Lauren were disproportionately better than their share price returns (of 4% and 3%, respectively) for the period. While the actual returns for these two stocks was modestly positive, there was significantly price volatility over the period -- during which time I was able to add exposure at levels substantially below current prices.

As I discussed in the previous quarterly letter, I had reduced the Fund’s position in Target to less than 3% of assets-under management (“A.U.M.”) after disappointing fiscal year-end results (I sold some shares at $58.52 on the day of earnings). Subsequent to Target’s year-end results, the company reported better-than-expected fiscal Q1 earnings which also resulted in management acknowledging expectations for full-year results to be above the mid-point of guidance. Despite these positive developments, Target’s shares declined by over 15% from the price level that I had sold shares in late February through to July 10th of this year.

This substantially changed the risk/reward dynamics of owning Target’s shares. Not only were the first quarter results positively reassuring, but the stock had become substantially cheaper (in an environment where domestic equities, overall, had become modestly more expensive). Furthermore, I believed that the magnitude of the market concerns that had hurt the share price (e.g. Target sold off by over 5% on the day Amazon announced they were buying Whole Foods) were not rational. As a result of these different factors, I added substantial exposure during the second quarter through to July 10th) at an average price of $51.18/share.

Subsequent to my recent purchases, Target’s share price increased 9%4 on the back of a second quarter earnings beat and a substantial positive revision to full-year guidance (from $4.00/share to $4.44 at the mid-point of guidance). This increase was from a considerably depressed level and (even after the recent post-earnings’ share price increase) Target’s shares remain 3% lower5 than where they closed following their disappointing full-year results and guidance this past February.

Interestingly, this share price decline occurred despite the positive earnings news that has come out since Target’s year-end earnings’ announcement (and the tail-wind of a rising domestic stock market). I don’t think that this disconnect is justified and I believe that the shares now offer substantial value.

While competition (both on-line and bricks-and-mortar) for Target remains strong and execution risks remain substantial, I believe that these risks are much more than adequately priced into Target’s share price. The company’s shares now trade at a forward price/earnings (“P/E”) ratio of 12.5x with a dividend yield of 4.5% (versus 18.7x and 2.0%, respectively, for the S&P 500)56. Target is now the Fund’s largest single-name position, accounting for approximately 6.1% of A.U.M. as of Friday’s close.

Shares in Ralph Lauren also sold-off substantially during the second quarter of this year. Sentiment for the company was particularly poor in May when shares were trading at levels as low as 42% below their 52-week highs (and 64% below their highs of less than 3 years prior). While the full investment thesis for Ralph Lauren is beyond the scope of the letter, I felt that this sell-off was also overdone and the market was not fully appreciating the long-term value of the company and its brand. As a result, I added exposure to Ralph Lauren at an average price of $67.67/share.

Unfortunately, the amount of these purchases was considerably less than those of Target, as sentiment for Ralph Lauren improved considerably during June and July and was further bolstered by a stronger-than-expected earnings report on August 8th. As a result, the company’s shares increased by 25% (to $84.32 as of last Friday’s close) from the levels where I had added exposure. Ralph Lauren accounted for 3.9% of the Fund’s A.U.M. as of Friday’s close.
So far, two-for-two “on buying the dips”!...but….

The outcome from purchasing depressed shares of Dick’s sporting goods wasn’t nearly as positive. I bought shares in Dick’s after they had reached levels over 34% below their 52 week-highs following disappointing Q1 results. I viewed the situation for Dick’s as somewhat similar to that of Best Buy at the end of 2012 -- when the market severely discounted their shares on fears surrounding competition from Amazon, Wal-Mart, etc.

Best Buy was subsequently able to regain the market’s confidence and demonstrate their ability to be a long-term survivor in their niche market. As a result, shares in Best Buy have increased by over 400% from their 2012 lows. While I don’t necessarily expect the same magnitude of upside for Dick’s, I do believe that they are also a long-term survivor with a very strong market position in a sustainable niche market (retail sporting goods).

Unfortunately, subsequent to my purchases of shares in Dick’s, the stock fell by a further 35%. Most of this loss followed Q2 results which came with substantially lowered full-year guidance. For the full-year, Dick’s announced that they now expected earnings of $2.90/share7 (down from previous guidance of $3.70) and flat to low single-digit negative comparable store sales (down from positive 1% - 3%).

While retailer sales often ebb-and-flow -- and one year of potentially (low single-digit) negative comps doesn’t necessarily mean a long-term secular decline -- it is clear that the risks from on-line competition for Dick’s are real and current trends give cause for some concern. Nonetheless, with a solid balance sheet, a very strong market position, good cash flow, and a forward P/E multiple (on substantially lowered earnings’ guidance) of only 9.3x7, I believe that these risks are also more than priced into Dick’s share price. Following an incremental share purchase done today, Dick’s now accounts for approximately 2.5% of the Fund’s A.U.M.

For bricks-and-mortar retailers as a segment, overall, I do believe that much caution is warranted and the Fund’s direct exposure to this segment is limited to only that of Target and Dick’s. As someone who focuses extensively on understanding the downside risks of my positions (and as part of a family that is a heavy user of Amazon Prime), I am very aware of the on-going risks of on-line competition. Obviously, it’s a very real threat and many retailers have already been casualties of this competition (or will be in the future).

That said, I do feel that there are strong niche omni-channel companies (e.g. companies that sell via stores and on-line) that will be long-term survivors and whose share prices are currently being overly punished by general market fears with respect to on-line competition. Furthermore, it should be noted that those who become long-term survivors will actually stand to benefit from the demise of some of their weaker bricks-and-mortar competitors.

Not much has changed with regard to asset class positioning since the last quarterly report in May -- as valuations for both the bond and equity subcomponents have only increased modestly and I don’t believe that the risk/reward dynamics of either asset class has changed too much.

I remain generally cautious with regard to “risk assets” (stocks and corporate bonds). For that reason, the Partnership remains more defensively positioned than its benchmark (which, itself, reflects a conservative asset allocation).

Thank you to everyone for your interest and support and please let me know if there are any questions you may have that I have not answered. The next quarterly report will be for the quarter-ending September 30th, 2017 and the next subscription period for the Fund will be on August 31st.

As a multi-asset fund whose objective is to seek investment opportunities across different asset classes (e.g. stocks, bonds, etc.), the benchmark used for the Fund is a mix of 60% attributed to the S&P 500 index (including dividends paid) and 40% attributed to the Barclays aggregate bond index. The S&P 500 is a commonly used index of 500 U.S. large capitalization stocks while the Barclays aggregate index is a commonly used index of U.S. high-grade bonds.

Whitney Tilson in his email discusses Fastow's lessons & rationalizations Re. Enron; SunEdison, Apple, Valeant  Why we think we’re better investors than we are; My comments on Berkshire and... Read More

Nokia to Have Tough Q3 & Q4 is Big the Question: Pareto Securities

Pareto Securities Equity Research foresees a tough third quarter for Nokia Corporation (NYSE:NOK), while the expectations for fourth quarter remain a big question mark. According to the report, the... Read More 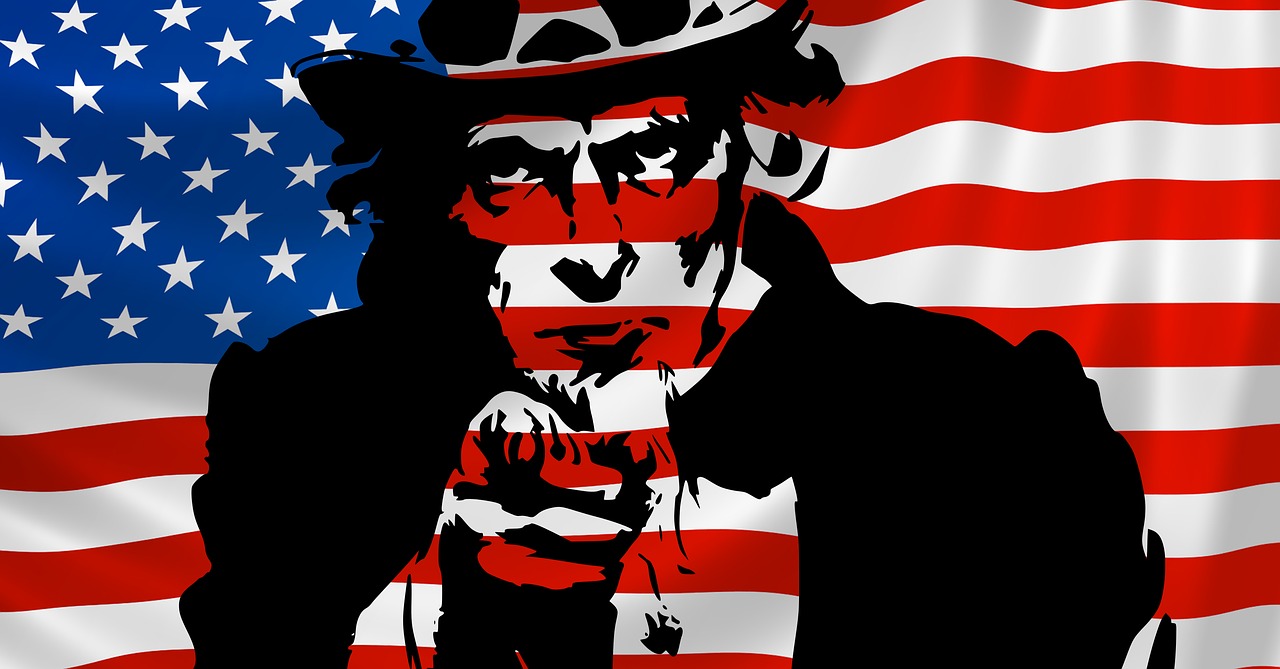 Last week I told you that the US government recently reported a negative net worth of MINUS $75 TRILLION. Q4 hedge fund letters, conference, scoops etc TheDigitalArtist / Pixabay That’s not a... Read More

David Einhorn is President of Greenlight Capital, Inc., which he co-founded in 1996. Greenlight Capital is a value-oriented investment advisor whose goal is to achieve high absolute rates of return... Read More