On Monday, Barclays PLC (NYSE:BCS) announced plans to sell its $6.1 billion stake in investment firm BlackRock, Inc. (NYSE:BLK) just before the next round of Basel rules disallows the holding to be considered as capital.

Part of the transaction will include BlackRock buying back up to $1 billion of its stock from Barclays, according to a company statement. The bank has a 19.6 percent stake in BlackRock, which it acquired in December 2009 after selling Barclays Global Investors to the company for about $13.5 billion. This represented the biggest acquisition at the time for BlackRock; at the end of March, it had $3.7 trillion in assets under management.

In the latest set of rules from the Basel Committee on Banking Supervision, it will make Barclays put away capital against its stake as a safety net for potential declines in the holding's value. Since the transaction was completed, BlackRock has dropped 24 percent, spurring Barclays to write down in 2011, the stake's value to about 3.4 billion pounds ($5.3 billion).

Ian Gordon, an analyst at Investec in London said in a Bloomberg article, “It's a less attractive asset under the Basel III rules. Barclays can remove it from that debate.” He currently gives the bank a “Buy” rating.

According to Bloomberg, Barclays, Morgan Stanley (NYSE:MS) and Bank of America Corp. (NYSE:BAC) will oversee the sale, which includes selling about 29 million shares to money managers and providing an over-allotment option.

A price for the stock is expected to be set on May 23.

In response to Monday's news, Moody's Corporation (NYSE:MCO) quickly came out and affirmed BlackRock's A1 senior unsecured and P-1 short-term ratings. The ratings agency also said the company has a stable outlook.

“Although leverage increases modestly as a result of this transaction, it is manageable within BlackRock's current A1 rating level. We expect that BlackRock will continue to generate sufficient levels of operating cash flow to meet short-term maturities, strengthen its liquidity position and reduce the incremental leverage from this transaction within several quarters. The size of this share repurchase transaction does not place undue stress on BlackRock's debt protection metrics and liquidity.” 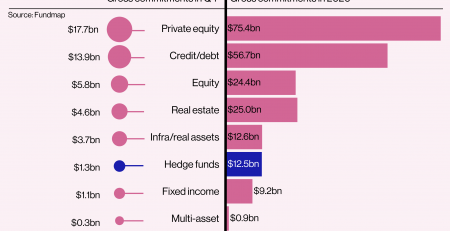