Matthews Asia: Beginning Of The End – To China Bank Woes

The rise and development of China's financial system has been different from most other emerging economies. One unique aspect has been the rapid accumulation of bank deposits over the last 10 years. Another more controversial aspect has been the corresponding on-lending of these deposits to a wide variety of borrowers—some less creditworthy than others. Some people suggest that the increase in bank loans has been excessive.

Why have bank loans risen so quickly? After the Global Financial Crisis, Chinese banks were asked to take on what was largely state lending that should have been done by the . . .

In the winter, many parts of China tend to experience heavier smog than usual. In fact, in major cities like Beijing, the air has become so toxic and unbearable... Read More

Oaktree Capital Group LLC (NYSE:OAK) released its third quarter earnings this morning before the market opened on Wall Street. The company showed earnings per share of $1.16 for the... Read More

SAC Capital Competitor, Balyasny Says Easy money Has Been Made

Balyasny Asset Management had difficulty in April managing a de-risking environment in both the firm’s offerings, according to an investor letter reviewed by ValueWalk. “Throughout the volatile unwind, it has... Read More

US National Highway Traffic Safety Administration head David Strickland is stepping down after four years on the job, amidst a Tesla probe that investors have been watching carefully, reports... Read More

Pirate Bay Down After Police Raid

A worldwide crackdown on pirate web sites engaging in copyright infractions seems to be underway. As news reports note that Swedish authorities have shuttered the Pirate Bay web site, which... Read More 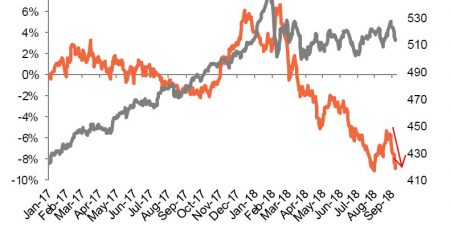 Hedge Funds Took A Break From Selling In August, Back At It In September As Leverage Cools

Hedge funds have been selling off stocks right and left most of the year, but they took a break from it last month. Even though August marked the biggest... Read More

Pershing Square Foundation’s scholarship initiatives are meant to train a new batch of social entrepreneurs, according to Bill Ackman. The prominent hedge fund manger disclosed during his interview with Financial... Read More