Berkshire Hathaway’s unique managerial model is lauded for its great value; this article highlights its costs. Most costs stem from the same features that yield such great value, which boil down, ironically, to Berkshire trying to be something it isn’t: it is a massive industrial conglomerate run as an old-fashioned investment partnership. An advisory board gives unchecked power to a single manager (Warren Buffett); Buffett makes huge capital allocations and pivotal executive hiring-and-firing decisions with modest investigation and scant oversight; Berkshire’s autonomous and decentralized structure grants operating managers enormous discretion with limited second-guessing; its trust-based culture relies on a cultivated vision of integrity more than internal controls; and its thrifty anti-bureaucracy means no central departments, such as public relations or general counsel.

Delineating the visible costs of Berkshire’s model confirms the desirability of tolerating many of them, given the value concurrently generated, but also reveals ways to improve the model — a few while Buffett is at the helm but mostly for successors. Current reform suggestions include hiring a full-time public relations professional at headquarters and more systematically developing senior executives; suggestions for future reform include enhanced subsidiary compliance resources and separating the identity and personal opinions of top executives from the corporation and its official policy.

Besides helping Berkshire, the review and suggestions will help managers of other companies inspired by Buffett’s unique managerial model and policymakers who should study it. Implications for peers and policymakers include highlighting flexibility in corporate governance, the efficacy of the conglomerate form, and especially the value of strategies that produce long-term thinking among shareholders and managers alike.

"We would rather suffer the visible costs of a few bad decisions than incur the many invisible costs that come from decisions made too slowly— or not at all—because of a stifling bureaucracy." - Warren Buffett

This article examines the visible costs of Berkshire Hathaway’s unique managerial model, highlighting the lessons for Berkshire and the implications for peers and policymakers. Most such costs derive from the same features that have produced substantial value at Berkshire, which ironically are due to Berkshire trying to be something it is not: Warren Buffett’s giant industrial conglomerate is organized and operated as if it were still the old-fashioned investment partnership of its early years. Costs arise from the empowerment of a single individual to make multi-billion dollar decisions with scant oversight, devolution of operating decisions to disparate individuals running its scores of diverse subsidiaries, and a culture based on a cultivated sense of integrity rather than conventional internal controls. While the net benefits are vast, tallying the costs illuminates how the model might be improved, especially after Buffett leaves the scene in the next decade or so.

The most visible—and measurable—costs of the Berkshire model appear in capital allocation, principally acquisitions and investments. Buffett relies on himself in making these decisions, without board or executive input or oversight. While most such decisions have succeeded, many spectacularly so, some bloopers have appeared, the best-known being Dexter Shoe and Gen Re. The costs of error from such self-reliance could readily be mitigated by broader distribution of decision-making power. Buffett does so by periodically consulting vice chairman Charles Munger. Yet since the net costs of this approach have been modest, thanks to Buffett’s acumen and stature, there is no reason for reform while Buffett is at the helm. But some additional powersharing and oversight would be appropriate for his successors, as Berkshire’s succession plan contemplates.

The more dramatic costs of the Berkshire model arise from executive departures and succession at the subsidiaries. While most Berkshire managers have excelled and the company generally retains managers for lengthy tenures, there are exceptions that become costly because they suggest crisis. The stakes have been particularly high on the occasions involving executives considered likely successors to Buffett, such as David Sokol and Richard Santulli. The drama of Berkshire executive shuffles arises in part from Buffett being the company’s sole decision-maker, but it is magnified by Berkshire’s lack of formal vetting, training, grooming, and talent review protocols. This problem should be remedied now, while Buffett is at the helm, and there is evidence of increased coordination and discussion among Berkshire subsidiary CEOs, which should intensify as Berkshire moves beyond Buffett.

Berkshire’s decentralized structure produces a third category of costs, those inflicted on customers or employees. At a sprawling business organization with hundreds of units and hundreds of thousands of employees, such externalities are inevitable. Known historical examples at specific Berkshire subsidiaries include questionable practices of certain distributors of Kirby vacuums and inhumane conditions at Fruit of the Loom’s overseas manufacturing facilities. More generally, consumer advocates critique some products that Berkshire companies and investees market—such as See’s candies, Coca-Cola’s carbonated beverages, and Kraft’s processed foods.1 Labor advocates challenge treatment of the workforce by co-investors, especially by 3G, the Brazilian private equity firm with which Berkshire has co-invested in H. J. Heinz and Kraft. While such costs are tolerable with Buffett at the helm, and the benefits of decentralization should be sustained once he’s gone, Berkshire will need to invest more resources in conglomerate-wide internal control and reporting in the coming years.

Subtler costs arise from Berkshire’s zealous thriftiness that leave it without a centralized communications or public relations department. Given Berkshire’s scale and reach, however, along with relatively opaque disclosure about many operations, it attracts investigative journalists targeting subsidiaries for critical exposure and sometimes political or legal advantage. Subsidiaries as diverse as National
Indemnity and Clayton Homes appeared flatfooted as targets of corporate exposés, in part because of Berkshire’s lack of a centralized communications or public relations department.2 Respecting as laudable the thrifty anti-bureaucratic impulse, the company would nevertheless do well now to hire a professional to handle Berkshire’s overall public relations, for both parent-level communications and to coordinate that of subsidiaries.

The most significant historical cost of the Berkshire model has been widespread treatment of Berkshire as Buffett’s alter ego, a natural propensity given his long-time controlling ownership and dominating leadership. It became a cost, however, as Buffett became outspoken in offering his personal views on a range of hot topics on which Berkshire may act differently—or critics so perceive, and charge hypocrisy. Examples: Buffett urges more progressive taxation while Berkshire pursues tax-advantaged transactions;3 Buffett criticizes financial intermediaries while Berkshire’s portfolio holds substantial stakes in them;4 and Buffett publicly stated his support for the Keystone oil pipeline despite how it would compete with Berkshire’s BNSF Railway.

This Resource is the Scarcest and Most Important 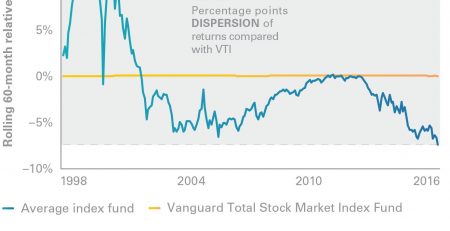 Mott Capital Management letter to investors for the first quarter ended March 31, 2017. It is not often that I get to write about something like this. Generally, it is... Read More

Advantages Of Too Big To Fail Kick In After $50 Billion: OFR

Hedge funds finished the month of July in the red with the Eurekahedge Hedge Fund Index down 0.12% while the MSCI World Index declined 0.83%, according to new data... Read More