Bernanke vs. Yellen: A Spooky Outlook?

Fed Chair nominee Janet Yellen will take over where her predecessor Ben Bernanke leaves off. Not just operationally, but also philosophically. To understand where the Fed and the U.S. dollar may be heading, we take a closer look at where Bernanke and Yellen are coming from.

Bernanke has always considered himself a student of the Great Depression. He argued many times that one of the biggest mistakes made during the . . .

Warren Buffett's decision to invest $1 billion in Coca-Cola 1998 has to be one of his most significant investments of all time. Considering the size of the investment (he bought... Read More

The S&P 500 (INDEXSP:.INX) has lost more than 2% of its value in the last five days of trading and continued its losses on Monday. The reason for the losses,... Read More

GoPro Inc (NASDAQ:GPRO), the camera company certain hedge funds like to think is an investing fad that will soon fade, might want to witness another GoPro trend that appears... Read More

PwC: Hipsters To Spend Nearly 50% More Than Other Americans This Holiday Season

Consumer sentiment appears to be “fairly upbeat” this holiday season, given the relatively sluggish economic growth seen in the U.S. economy this year. While the economy grew at an... Read More 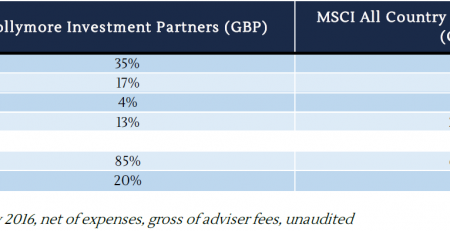