In his latest interview with the Fifth Avenue Synagogue, Bill Ackman discusses how he’s structured Pershing Square to be the same as Berkshire Hathaway. Here’s an excerpt from the interview:

Ackman: One of the great advantages that Warren Buffett has is he manages a public company. Doesn’t have to worry about investors redeeming their capital. The problem with hedge funds is that your money can leave typically every quarter and it’s hard to be a long-term investor when your investors can take their money back. So we’re now structured like a Berkshire Hathaway which is a huge huge advantage.

Host: So tell us how were you able to structure it that way, how did you…

Ackman: So a typical hedge fund starts out as a partnership if it’s a U.S entity or an offshore corporation, but basically a privately placed corporation, and my ambition… I learned a lot from Warren Buffett mostly by reading what he had to say and Buffett started out managing really an activist hedge fund.

If you follow him from the mid-1950s to the late 1960s he managed what is best described as an activist hedge fund and then he gave his investors the option in effect… he basically said look I’m going to return all the assets but if you’d like you can go along with me in a company called Berkshire Hathaway. Sort of merged his hedge fund into what became this… what was a textile company at the time, and became a conglomerate that he’s managed over time.

The benefit… what was interesting is he gave up the right to receive a share of the profits in exchange for permanent capital which tells you how he valued it, or how highly he valued it.

We started about 12 years in at Pershing Square. We launched a public entity, structured as a European closed-end fund with a business plan to get to the same place ultimately as Buffett.

Didn’t get there precisely the same way but over time the vast majority of our assets are now in the public entity. Buffett also owns half of this public company, in our case I and the other employees own about 25% and it takes a 75% vote to liquidate the entity so the large stake we own gives us effectively permanent money to make very long-term decisions…

Since we’ve gotten to this degree of permanent capital our performance has been the best in our history.

How to Take Emotions Out of Investing Read More

Japanese retirees turn desperate: In the land of quantitative easing and a debt to GDP ratio near 229% an economic world turned on its head is visible. Japan is coping with... Read More 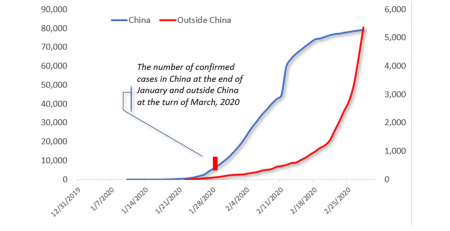 151 private equity funds closed in the first quarter of the year, the lowest number of quarterly fund closes since Q3 2003, when just 82 funds closed Read More

The Federal Reserve’s stress testing models and methodologies have to evolve over time to capture salient emerging risks to financial firms and the system as a whole, notes Stanley... Read More