Bill Ackman gave a lengthy speech defending his short of Herbalife Ltd. (NYSE:HLF) at the 2013 Harbor Investment Conference. Ackman had many interesting comments, but one stood out. Ackman quoted an interview on Fox Business Network with the President of Herbalife. Ackman in detail seemed to praise FBN while the segment was being filmed live on CNBC and Bloomberg! This was Ackman’s first public address since his infamous feud with Carl Icahn on CNBC a couple weeks ago. The saga continues with Ackman mentioning Icahn several times by name and using Gasparino as his out. We have the excerpt and the video below:

Excerpt from Bill Ackman’s keynote address at the 2013 Harbor Investment Conference at JPMorgan:

Bill Ackman: “On one of the financial networks…it was actually on FOX, Charlie Gasparino said; ‘You said today, or I believe Mr. Johnson said today, that the company would answer all questions posed about it in the coming days.  Mr. Ackman came out today and said he’s going to pose some questions.  Do you plan to answer his questions?

Gasparino:  Well, if an investor came up with a legitimate question —

Walsh:  Oh, right away.  Any legitimate questions, absolutely we’re going to answer them, because remember, our commitment is to total transparency.  So, if there is a question that we believe raises any issue whatsoever that we believe has merit, then absolutely.  We benefit from people understanding our company, our products, our business model, and so we will answer any and all questions in that area.

But then wouldn’t it behoove you to answer his questions?

Sure, absolutely.  We’re happy to answer any questions that we can.

Gasparino:  So, when he sends them in, you’re going to answer them?

That’s the full transcript. Well a week ago, actually Thursday at 8am, we put out some questions. We heard the company response was this is a short seller trying to make money on their billion dollar investment. We’re not ready to respond. Well, it’s a week later. Everyone of the questions we asked, a company that was not a pyramid scheme could answer within 24 hours. And they are basic questions about the company. It’s remarkable how silent it has been.”

CNBC and Bloomberg videos embedded below:

You would have to be crazy to think the stock market isn’t crazy. But you might be even crazier if you think you know exactly when to get out... Read More

Ackman On Valeant: I Have Enormous Regret About this investment, enormous 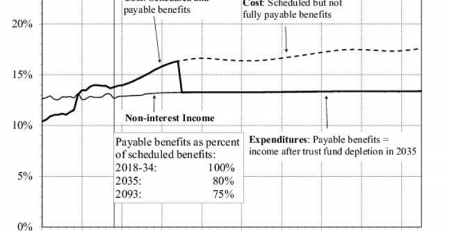 The Social Security trustees issued their annual report on the program’s financial condition earlier this year, along with their companion report on Medicare. As in previous years, these reports... Read More