During his recent interview on The Acquirers Podcast with Tobias, William Green, author of Richer, Wiser, Happier: How the World’s Greatest Investors Win in Markets and Life discussed Bill Miller: Stoic Investing Comeback. Here’s an excerpt from the interview: 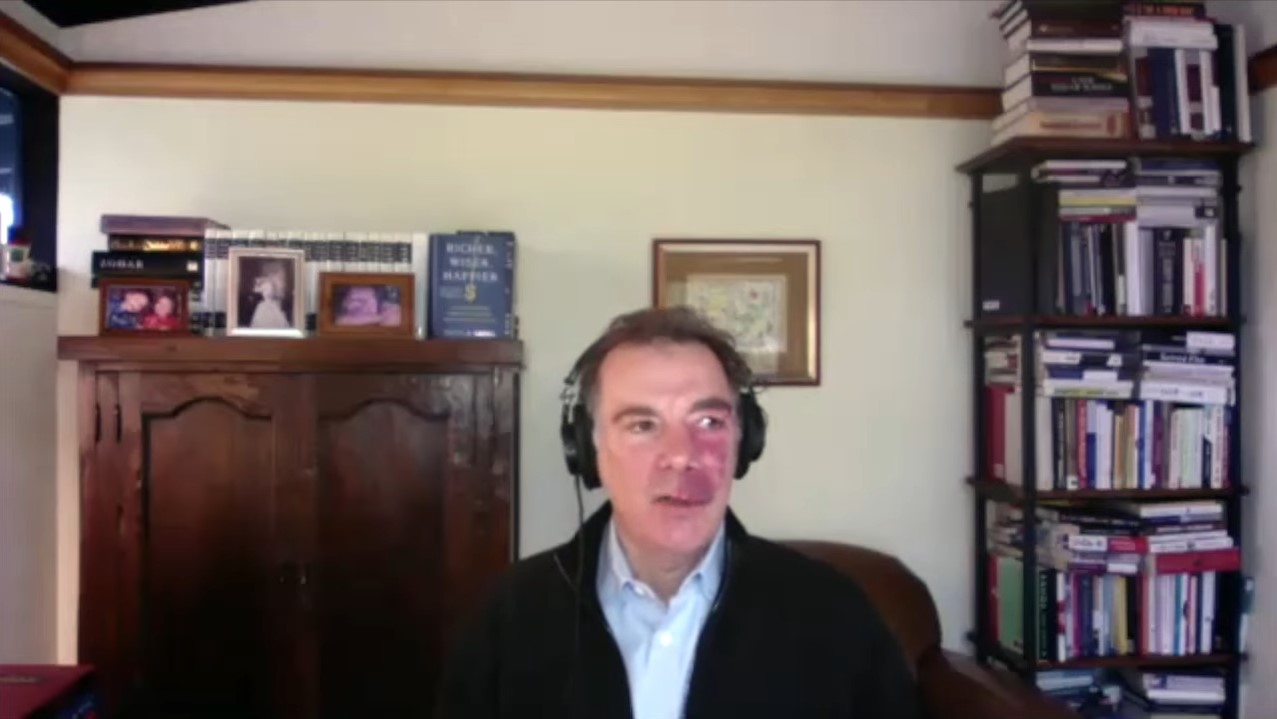 William: Well, I write in the epilogue of the book about what the money does for you. It’s a chapter called Beyond Rich, and I talk about, “Well, yeah, the money is all great, but unless you have equanimity, unless you have resilience, you’re toast,” and so you have to really work on your inner life. I looked at a few characters in that epilogue, who I find very helpful and instructive in my own life.

I think Bill Miller is one of the most interesting, he’s someone I’ve interviewed, I think, for the best part of 100 hours over the last 20 years. I spent an enormous time with Bill, I wrote a very long profile of him for Fortune about 20 years ago at the peak of him beating the market for 15 years running, and then, I would write about him during the financial crisis, and then I came back after the financial crisis when he was incredibly bruised, and everything had gone wrong.

There was a year where I think he lost like 65% in his smaller fund. His assets under management went down from something like $77 billion to $800 million. Then over the last couple of years, I’ve spent a lot of time with him. I went and spent two days with him in Maryland, and then talk to him again a couple of weeks ago.

One of the things that’s been really wonderful has been to see him recovering from the nightmare of the financial crisis. Partly what Bill did that I think is very instructive, is he was always obsessed with stoic philosophy. He had studied philosophy in college as a postgrad. He uses philosophy for everything. Many years ago, when he was buying the biggest position in Amazon of any fund manager, it was based on it, to some degree, what he’d learned from Wittgenstein and Henry James without misperception how everyone was misperceiving things.

This time during the financial crisis, he was again drawing on philosophy. He was saying, “Well, the stoics like Epictetus and Marcus Aurelius, they’re really focusing on differentiating between what you can and can’t control. I can’t control my reputation. I can’t control the fact that people are badmouthing me.” He showed me this tweet at one point where I think he’d had– his extraordinary recovery of the last decade that had already begun. He showed me this tweet where someone had said something, like, “That, asshat, Bill Miller, just got lucky again.” He’s like, “Wow, asshat, Bill Miller, that’s pretty harsh.”

It’s not like he’s not hurt when people are mocking him and deriding him as being an idiot, but he was able to say, “Well, I can’t really control that, but I can control the fact that my process is really good, that my principles of investing of buying things cheap are really good. Over 20 or so years, I’ve proven that I can tell the difference between what’s cheap and what’s expensive.

So, let me just keep doing that. I’m not trying to vindicate my reputation, let me try to get back the money that I lost for people.” He read Jim Stockdale’s extraordinary book at the time, which is this book about Stockdale being, I guess, tortured multiple times in the Hanoi Hilton. Stockdale who is a remarkable guy who had been studying Epictetus and the stoics, while he was at Stanford, later in his career. He was ejecting from his plane that was shot down over Vietnam, said something to himself, like, “I’m leaving the world of technology and entering the world of Epictetus.”

He, again, was actually applying these principles from philosophy, where one of the great ideas that you get from stoicism is that you can’t control your external circumstances, but you can control aspects of your behavior, like trying to be a virtuous person. Just trying to behave with honor for Bill Miller became a very important guiding point to say, “Well, let me be honest about my mistakes. Let me have a sense of humor. Let me not take myself too seriously. Let me learn from the mistakes. I’m going to be a little more diversified than I was. I’m going to take a little bit more caution, because I need to accept the fact that I didn’t realize how catastrophically wrong I could be. At a certain point when everyone tells you for so many years, how smart you are, and you just are right, right, right, the whole time, at a certain point that seeps in.”

There was an extraordinary moment where I said to him, when you look back– and I’ve been through the wars myself. I’ve been running the European Middle Eastern African edition of Time Magazine, when I was fairly young and felt like this high-flying guy and then I got laid off during the financial crisis. I had been very bruised, but then it turned out to be this enormous blessing, I mean it set me on a different path that’s been really wonderful.

I was saying to him, “Do you feel in some way, the pain and disgrace of the financial crisis has been a gift to you?” He said, “Yeah, it’s been very cathartic. It’s been very cleansing for the ego. One of the things that happens is when you’re really successful, everyone’s always getting you on things like CNBC and stuff to pontificate about things that you don’t even necessarily know about. When you’ve made a fool of yourself and you’re wrong about the market in such a catastrophic way, nobody wants to hear from you. That’s a really wonderful thing for your ego.”

There was something for me very moving about the fact that I’d seen Bill through 20 years of ups and downs, and I could see him putting his life back together. It gave me real joy. We were at his house, which is a wonderful house, with the most astonishing book collection you’ve ever seen. We’re walking into his garden, because he wanted to show me this sculpture, that was basically where he’s going to be buried at. He said, “This is where my ashes are going to be scattered.” He’s already thinking of his own impermanence. He’s just like, “Yeah, this is all just go poof. It’ll all just float away.” We’re walking into his garden, and I said, “It’s really amazing. You’ve actually put back your life

together in a way that’s totally true to who you are, you’re totally unconstrained and free to be Bill Miller. You don’t have a board that’s bossing you around or overseeing you.” He loved Legg Mason, but he definitely had a lot of oversight there. “You don’t have vulnerability to your shareholders yanking their money out any day. You have control of your time, you have control over your money, you’re working with your son, you’ve just got this small team. There’s something wonderful, it’s like you’re unconstrained.” He was like, “Yeah, it’s the best.”

For me, to see Bill go through all of these wars, and put his life back together in this really honorable, strong, noble way was a tremendous treat. I used to have enormous, enormous admiration for Bill’s wild intellect, the fact that he just has this thrilling mind. What I realized over the years is actually the thing I respect most about Bill is his indomitability, that he survived that tremendous fire, and came back and put his life back together in a way that’s really in alignment with who he is in the deepest sense.

Don’t Stress It, Press It: Tilt To Growth

During his recent interview with Tobias, Eric Cinnamond of Palm Valley Capital discussed Don’t Stress It, Press It: Tilt to Growth. Here’s an excerpt from the interview: Q4 2020 hedge... Read More

The $3 trillion hedge funds industry entered 2016 on the back of one of its few negative years on record. Flows for most of 2016 highlighted elevated dissatisfaction with... Read More