A speech by billionaire, author of recent  Shoe Dog, and founder of Nike, Phil Knight. In this speech Phil recounts his journey through business and life, from traveling to japan to buy Tiger athletic shoes, to finally creating his own shoe under his own brand, Nike. Phil also tells a story of Nikes battle against US Customs and how it succeeded.

Shoe Dog: A Memoir by the Creator of Nike – by Phil Knight

n this candid and riveting memoir, for the first time ever, Nike founder and CEO Phil Knight shares the inside story of the company’s early days as an intrepid start-up and its evolution into one of the world’s most iconic, game-changing, and profitable brands.

In 1962, fresh out of business school, Phil Knight borrowed fifty dollars from his father and created a company with a simple mission: import high-quality, low-cost athletic shoes from Japan. Selling the shoes from the trunk of his lime-green Plymouth Valiant, Knight grossed $8,000 his first year. Today, Nike’s annual sales top $30 billion. In an age of start-ups, Nike is the ne plus ultra of all start-ups, and the swoosh has become a revolutionary, globe-spanning icon, one of the most ubiquitous and recognizable symbols in the world today.

But Knight, the man behind the swoosh, has always remained a mystery. Now, for the first time, in a memoir that is candid, humble, gutsy, and wry, he tells his story, beginning with his crossroads moment. At 24, after backpacking around the world, he decided to take the unconventional path to start his own business – a business that would be dynamic, different.

Knight details the many risks and daunting setbacks that stood between him and his dream – along with his early triumphs. Above all, he recalls the formative relationships with his first partners and employees, a ragtag group of misfits and seekers who became a tight-knit band of brothers. Together, harnessing the transcendent power of a shared mission and a deep belief in the spirit of sport, they built a brand that changed everything.

Goldman Views On The Dollar, Oil Prices, And Earnings

The most popular, and potentially most significant question of the economic quarter is the impact the rising U.S. dollar will have on U.S. corporate earnings, a new research report... Read More 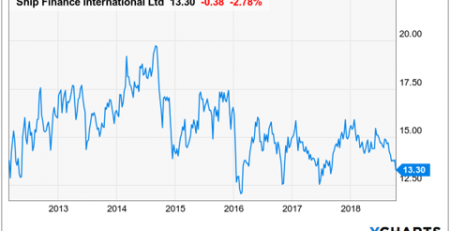 The Market Just Puked: This Attractive 10.5% Yielder Is On Sale

This article reviews an attractive high-yield opportunity that we originally shared with our members back in June, but we did NOT buy (we only added it to our watch... Read More

Bill Nygren: The Market Is About Where It Belongs

Although not as cheap as it was, the stock market's valuation today isn't much different than long-term historical averages and is more attractive than competing investments like bonds and... Read More

When I was your age, I used to go to the movies for a dime. I’d get a big bag of candy for a nickel. Q1 hedge fund letters, conference,... Read More