Bitcoin’s plummet has pushed it through just about every recent technical support level, forcing traders to now consider $30,000 as the next line in the sand.

The world’s largest digital asset is mired in its sixth straight day of declines, with the token down roughly 20% over the past seven days. It’s now 50% below its November peak and was trading as low as $32,970 on Monday, the lowest since July.

The coin’s selloff has pushed it to the most oversold since March of 2020, based on its Relative Strength Index (RSI) score of 19. Bitcoin is now approaching a support region of $30,000, where some analysts see it finding a near-term floor. Assets are considered overbought if its RSI crosses above 70 and oversold if it falls below 30.

“A 50% fall down is not as significant as what we have seen in previously years gone by, but it’s significant now so it’s more of a concern,” said Simon Peters, markets analyst at eToro. “The real support level seems to be around the $30,000 level, where we tested back in May after the Bitcoin mining ban in China.”

Wilfred Daye, head of Securitize Capital, the asset-management arm of Securitize, said $30,000 is psychologically important, and Bitcoin should find some support there. But, he adds, should the selloff continue beyond that to $27,000 “miners who got in at beginning of the bull market will be in trouble.”

Crypto has come under widespread selling pressure in recent days, with traders pointing to hawkish signals from the Federal Reserve as a reason to withdraw risky assets including richly-valued technology shares.

Looking at the hedge fund panoply, Barclays Prime Services Capital Solutions Group has a unique perspective. Speaking with investors on a daily basis they get a discretionary sense of... Read More 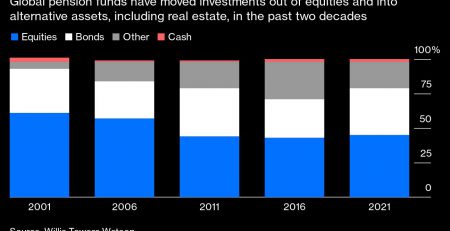 A Deep Dive Into The Women-Run Hedge Funds Universe by Financial Women's Association Executive Summary All too often conversations about women in asset management center on their absence rather than their... Read More

Ariel Investments Nov Letter During the long 2002-2007 bull market, and especially in its final months, we received many questions and plenty of suggestions regarding our stance on energy stocks.... Read More

Continued from part one: America's Car-Mart, Inc. (NASDAQ:CRMT) management remains upbeat about the future and is currently reporting some 'good growth' in the underlying market, a view that supported by... Read More