BlackBerry And Nokia: Down But Not Out – ValueWalk Premium

BlackBerry And Nokia: Down But Not Out

The demise of BlackBerry and Nokia, has been well documented. These two former tech giants once dominated the mobile market and at their peak, few thought they would ever be displaced from their pedestal.

In 2009, around 70% of smartphones sold around the world carried the BlackBerry or Nokia trademark but today that figure is below 4%.

And many Wall Street analysts have been quick to announce that as their market share evaporates, these two tech giants are nearing the end. However, some . . . 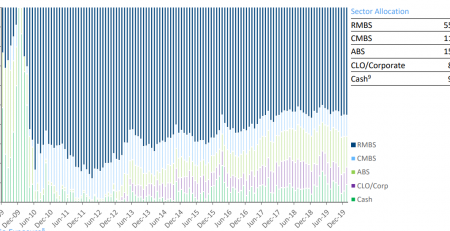 400 Capital Management’s Credit Opportunities Fund: Here’s What This Hedge Fund Giant With A 12.8% pa Return With 2.2 Sharpe Is Doing

The 400 Capital Credit Opportunities Fund produced a net return of 0.73% in January according to a copy of the firm's January investor update, a copy of which has... Read More

Greece has been a popular location for value investors over the past couple of years. Dan Loeb, Seth Klarman are among famous investors who have bet big on Greece (we... Read More

Statoil ASA (ADR) (NYSE:STO) has recently announced that it plans to drill twenty to twenty-five new exploration wells in the Norwegian continental shelf in 2014. Of the wells planned for... Read More

In my last post, I argued that it would be socially beneficial to adopt policies that would lead the US economy to grow at 4-5 percent per year over... Read More

Voss Capital on Thinking, Fast and Slow by Daniel Kahneman

Voss Capital  on a different approach to investing using theories from the famous Daniel Kahneman While other hedge funds were calculating their quarterly returns to send out to investors in... Read More

Goldman Sachs Group Inc (NYSE:GS) analysts Damien Courvalin and Jeffrey Currie are neutral on gold in the near term, but take a bearish view for 2014 according to a... Read More

Dalio Says His “Principles” Useful In The Board Room Or…. The White House

In a political system where people are increasingly intolerant of opposing viewpoints, Ray Dalio’s “Principles” offer a diametrically different path forward. In a book of the same title released... Read More