Blue Tower Asset Management commentary for the fourth quarter ended December 31, 2016. But first check out our exclusive interview with the PM on some of the hedge fund’s favorite small caps.

The Blue Tower Global Value strategy returned 4.98% gross of fees in Q4 2016 (4.66% net) and for the year of 2016 returned 34.83% gross of fees (33.36% net). 2016 has been an excellent year for the firm’s strategy, and I am grateful for the confidence of Blue Tower's investors in entrusting their capital. The two biggest winners for us this past year have been our investments in EZCORP and Sberbank of Russia. Blue Tower entered both investments during periods when the companies were shrouded in a cloud of pessimism. And both stocks continued to drop after our initial purchase, leading us to continue to build up our positions at lower prices. Sberbank and EZCORP have been discussed in detail in our previous letters, so I limit my commentary on their performance to saying that confidence in the face of market fear will often be rewarded.

This letter will focus on 2017 and some possibilities of post-election policy changes. While Blue Tower’s strategy is bottom-up and focused on individual businesses, it is important to be cognizant of how macroeconomic factors and regulatory changes could affect our specific portfolio businesses. Also, it is important to remember that proposals around elections rarely translate directly into new policy and therefore we cannot be sure of what to expect over the next few years.

Our views on the macro picture are not highly variant to what commentators have been predicting. We will likely be seeing more rate changes in the coming year. Most Federal Reserve officials have guided that there will be three or more rate increases in 2017. Rising rates will be a boon for some financial investments such as banks and certain lenders by expanding their net interest margin. Financial institutions hold large amounts of cash due to either their business activities or customer deposits. The interest they pay out to their depositors is generally at a rate below the short-term risk-free rate. Increases in rates allow them to get a higher yield on their cash holdings as well as loan out money to customers at a higher rate. The net interest margin is the margin between their loans and cost of funds and as this margin increases, the profitability of the financial institutions will increase.

Rising rates could be a boon for our investment in Nicholas Financial. Currently, the intense competition in subprime auto-lending is compressing the margins of all lenders. Intense competition forces lenders into a choice of surrendering market share or decreasing lending standards. Loans are given at lower rates. Leverage is increased even more to maintain return on equity. Fraud and mismanagement increase throughout the sector. Decreased standards will cause defaults to dramatically increase. Loan yields fall below profitable levels. The deteriorating loan performance of the industry causes capital markets to tighten. Nicholas Financial has been responsible and shown discipline with their underwriting in the past business cycles, and I anticipate that they will do the same here. An increase in interest rates will put more pressure on lenders with lower quality underwriting and higher leverage and force them out. This could reduce the competitive pressure that Nicholas faces with its lending.

Another possible change that could occur is a major reform of the US tax code. Not only does the US have one of the highest corporate tax rates in the world, it also taxes individual capital gains and dividends. This integrated tax rate (combination of individual capital gains/dividend tax rate and the corporate income tax) is the second highest in the OECD1. Another quirk of the US tax code is that the US is one of only two countries in the world that taxes income globally. This has led a flight of multinational companies choosing to not be US-based and a spate of mergers motivated by foreign tax inversions. That one party now controls both houses of congress and the presidency creates the possibility of tax reform to a system that would be more in line with international norms. In the two months after the election (November 8th-January 8th), the dollar gained 3.5% in the Federal Reserve’s Trade Weighted U.S. Dollar Index. I believe anticipation of major tax reform has been one of the factors leading to a rally in the US dollar as a reduction of corporate tax rates would lead to more capital being invested within the United States. Another possibility is a tax holiday which would allow corporations that have substantial cash reserves held overseas to repatriate that money to the US at a reduced rate. This would create large amounts of value for investors in companies with large foreign cash holdings such as Apple (which currently has $230 billion held abroad) as these companies would have more financial flexibility in paying down domestic debt or returning capital to investors. Increased investment in the United States would also result in increased demand for American labor and therefore increased disposable income leading to increased domestic spending by consumers.

The Trump Administration has pledged to go on a deregulation spree. This will likely help financials which have been held down due to regulatory uncertainty from the Consumer Financial Protection Bureau. Our holdings in Nicholas Financial and Enova will be helped by easing or clarification of financial regulations. Pharmaceutical companies will also be affected once the replacement plan for the Affordable Care Act is communicated and by a more permissive FDA approval environment.

One policy that will likely continue is large federal deficit spending.

Things to keep an eye on

Trade disagreements: One thing to keep in mind is the tail-risk possibility of trade wars as a result of escalating protectionist measures between major economies. For example, a tariff of Chinese imports to the United States could result in reciprocal Chinese tariffs on US imports. This would likely lead to a contraction in global economic growth rates and a deglobalization of trade and economic activity. A secondary result could be dumping of US securities by foreign sovereign holders.

Dealing with the future

The source of risk is the inherent uncertainty that exists in the world and that there are many things that can happen which may not happen. By being cognizant of the potential risks to portfolio positions, we can observe those issues and be ready when things begin moving against us.

There is an evergreen quality to Blue Tower’s strategy in the sense that we are always looking for the same kind of business which is one that possesses the following qualities: 1. High quality businesses with long-term staying power and economic moats, 2. Overall financial strength and ability to weather market dislocations, 3. Attractive forward rates of free cash flow, and 4. Management teams that allocate capital in a manner which creates shareholder value. By selecting good businesses, we aim to achieve a satisfactory rate of return regardless of what is occurring macroeconomically. If a company has good management in place and a good business model, they will be able to adapt and thrive regardless of macro factors. By taking an objective view, we can assess the strength of a company’s resiliency and identify possible factors that could create headwinds or tailwinds based on policy.

Focusing on all of these global issues can create an air of pessimism for the planet, but our overall view of the future should be very optimistic. As new business efficiencies take hold, economic investments grow, and technological progress continues, we will enter into a future that is more healthy, prosperous, and safe than ever before. Quality of life will continue to increase and our best days are ahead of us.

Disclaimer: This commentary does not represent a recommendation to trade any particular security, but is intended to illustrate Blue Tower’s investment approach. These opinions are current as of the date of this commentary but are subject to change. The information contained herein has been obtained from sources believed to be reliable but the accuracy of the information cannot be guaranteed. Past performance is no guarantee of future results.

The results of ValueWalk's value screen for the week of 05/10/2015. Using data provided by Winvestor, the business analysis and stock valuation website; we’ve put together a proprietary value screen... Read More 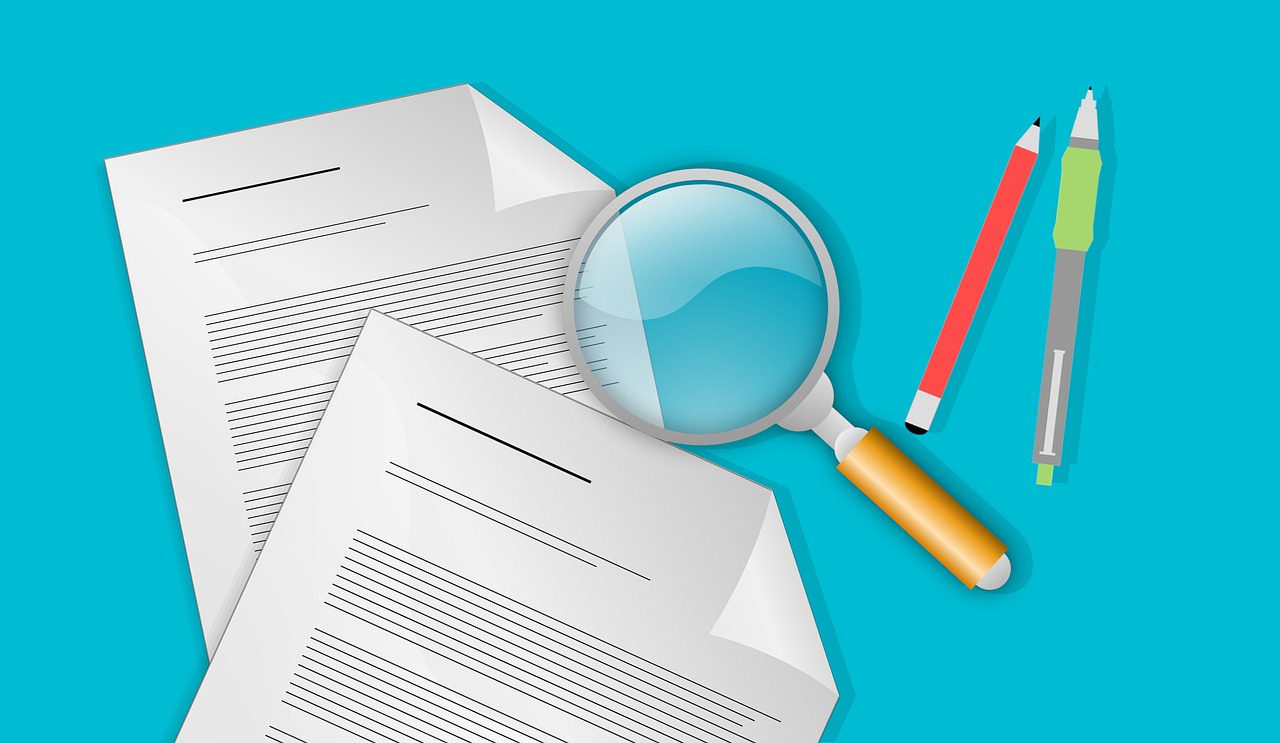 Special Purpose Acquisition Companies (SPACs) have gone through a few boom and bust phases. When capital is cheap and plentiful, SPACs are fashionable. When capital dries up, SPACs are... Read More

Is Saudi Arabia Still The Swing Producer? by Russell Clark, Horseman Capital Management Saudi Arabia is the world's largest exporter of oil, and since 1970 has been the linchpin within OPEC,... Read More

Billionaire investor Carl Icahn joins the "Fast Money Halftime Report" to discuss abandoning the Dell fight, which he felt he couldn't win. The "Dell situation was an example of... Read More

Pure Value Capital commentary for the second quarter ended June 30, 2017. With this update we’re pleased to inform you about the rebalancing of Pure Value Capital’s equity portfolio at... Read More