When learning to fire shoulder launched rockets in the Australian military, the most repeated message from my instructor was to check the back blast danger area for friendlies. It seems to me the Bank of Japan (BOJ) will create significant collateral damage by firing its latest “Bazooka”. The Japanese regional banks and households standing right behind them are not going to enjoy this. Bear with me this note starts slow, for the sake of completeness, but gets better quickly.

a. Minimal IOER impact. The most direct impact for Japanese regional banks from today’s announcement will be reduced Interest On Excess Reserve (IOER) on current account balances held at the BOJ, this is not large to start with but the impact could increase on a continuous basis. Under Scenario 1 below: which assumes no growth in balances, net interest from the BOJ will fall ¥4bn from December levels (annualized), this equates to 0.44% of Japanese regional banks net income. Under Scenario 2: I assume balances grow at the same rate as seen on average since QQE began in March 2013. By the end of next fiscal year the annualised net interest from the BOJ would have fallen by ¥2obn, equivalent to 2.5% of net income, this would continue to deteriorate as balances continue to rise.

b. Larger impact on JGB holdings. A larger impact is the reduced interest earned on regional bank government bond holdings.

c. Devastating impact on loan book. A far more significant impact will come from the decline in loan interest rates. As I have recently highlighted the Japan Financial Services Authority (J FSA) is highly concerned about declining earnings at Japanese regional banks as older high rate loans roll off onto new lower rates. The left hand chart below, compiled by the J F SA, estimates that ordinary profits will fall to negative for 5 banks and at least half of existing levels for 17 further banks. The right hand chart shows what has happened to rates since those estimates were made in July 2015. Whilst difficult to quantify exactly, the negative impact from todays “Bazooka” will be greatest amongst Japanese regional banks loan books (¥179tn) which are significantly larger than excess reserves (¥19tn) and government bond holdings (¥43tn) (Japan Bank Association).

As I have recently written, Japanese regional banks have been significantly overstating their core recurring earnings Via unsustainable one-off equity gains. These equity gains have temporarily boosted the net income number I used above as the denominator (i,e my analysis of the impact against earnings is likely to be significantly understated). I have also recently written that Japanese regional banks are only just beginning to see the real demographic impacts play out, whilst they face behemoth new competition from the Japan Housing Finance Authority and the Japan Post Bank.

The most concerning thing is this may just be the crossing of the Rubicon as the BOJ says “It will cut the interest rate further into negative territory if judged as necessary” (BOJ minutes).

2. Macro-economic impact: The most concerning thing for me is what happens to household allocation of assets. As I have previously written each instance of monetary “stimulus” in Japan drives households to hoard physical cash. With next to zero crime in Japan stuffing physical cash under the mattress, or in the safe, can be more appealing to bank deposits. Banks charge fees and come with counterparty risk (52 banks in Japan went bankrupt in 2002, J FSA). The recent collapse in interest rates to December 2015 drove cash hording to a level not seen since the 2002 financial crises. As of today banks may now be forced to charge interest on deposits to offset some of their earnings decline. The BOJ implemented controls today on bank cash holdings but not households. Physical cash in issue already amounts to 20% of Japan’s GDP which is a multiple of any other major country.

3. Equity Impact: Whilst allocating more money to physical cash, Japanese households have dramatically cut domestic equity holdings, since QQE began in April 2013. This would indicate households have little faith in the inflationary outlook proposed by Prime Minister Abe and BOJ Governor Kuroda. Their selling has been offset by foreign investors buying. Abenomics has been far more successful in marketing overseas. There has been a recent change in trend of late as markets collapsed the Japanese tend to be “dip buyers”. We could see further Japanese Household equity buying but I would think only if markets continue to collapse.

The Wisdom Tree Japan hedged to USD equity fund ($18.7bn at its peak), is an interesting insight into foreign investors mentality. The fund’s front marketing page begins “Japan's bold monetary policy measures have helped drive the yen down. Japan, being an export-driven economy, has in turn benefited from currency weakness”. One would presume the continued premise of investment into the fund would require further currency weakness from further monetary policy. If assets fall the hedge needs unwinding which would make funds like this substantial Yen buyers.

4. Currency impact: Today’s policy has weakened the Yen 2.4% against the USD at time of writing, moving the Yen back away from its long term Real Effective Exchange Rate, which I still believe the Yen should strengthen towards. If we adjust the Bank of England Nominal Effective Exchange rate for 28 January 2015 for today’s 2.4% move, the Yen is roughly in line with a year ago. If the Yen stays where it is, then by summer it will still be 5-10% stronger than last year (year on year hurdle effect). Unless the Yen weakens further from here exporter earnings will still face a year on year headwind over coming months.

5. Conclusion: Today is clear sign that JGB purchases may have reached their limit and will be tapered.

The final point I would make is that today’s action confirms in my mind that the existing policy of purchasing JGBs has reached its technical limits (see appendix M). The new policy of negative IOER will likely further constrain the JGB purchase operations as banks are less incentivised to sell their JGB holdings which still have some coupon income. 4 of 9 BOJ board members today voted against the new policy and 3 made some unusually critical comments, by normally reserved Japanese standards, that support this view:

“introduction of a negative interest rate, which would adversely affect smooth conduct of the Bank's JGB purchases, would only be an appropriate policy measure in a crisis situation”. Mr Kiuchi

“introducing a negative interest rate immediately after the introduction of supplementary measures for QQE might be misunderstood as reaching a limit to the Bank's asset purchases”. (Ms Shirai)

The risks of the Bank of Japan failing to secure enough JGB’s in its Rinban operations have increased today and will continue to increase every time they tap the market under the existing ¥8otn rate. If the BOJ wishes to pursue monetary easing they eventually will have to begin tapering the JGB purchase rate and move to more aggressive IOER cuts, an all out assault on the banks. Today’s move is probably an attempt to prepare the market for this. It may take time for markets to assess the implications and collateral damage exerted by todays Bazooka, any rally presents appealing opportunities to increase shorts. I remain of the view that Japan is an appealing short, and in particular the Japanese regional banks. 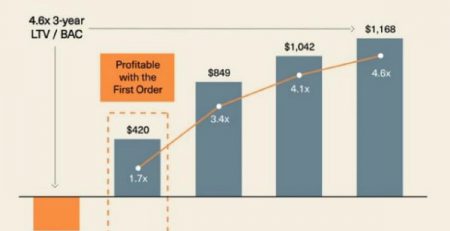 The Bull Case For 1stDibs (DIBS)

Sequoia fund investment day transcript: Bob Goldfarb: Good morning and welcome to our investor day. We will take questions until 12:30. We have to vacate the room by one o’clock,... Read More

With Facebook's (NASDAQ):FB) IPO woes, it could up end up causing problems for its home state of California. As the state expected more than a billion dollars in tax revenue  to... Read More