Focus on the Long-Term Company Fundamentals

It’s the season for reading lists and one book making the rounds at Brandes is "Misbehaving: The Making of Behavioral Economics," by Richard Thaler. In this excellent compendium of his work, Mr. Thaler reminds us of the many reasons why investors and markets often act irrationally and how that can create potential opportunities value investors can exploit. In this commentary, we reflect on Thaler’s messages about human behavior and Benjamin Graham’s value investment fundamentals against the backdrop of a potential global economic slowdown.

"The fact that a loss hurts more than an equivalent gain gives pleasure is called loss aversion. It has become the single most powerful tool in the behavioral economist’s arsenal." - Richard Thaler

As concerns grow over the ramifications of a potential “Grexit” and chatter increases about a potential global economic slowdown, one can predict that investors will make short-term and irrational investment decisions to appease their aversion to loss. Predicting political outcomes and the near-term direction of economies and markets is not our focus at Brandes because we are fundamentally driven, long-term value investors. However, we are aware that much of the world pays attention to these forecasts and they, no doubt, influence investor behavior. We would stress that not all periods of dislocation are created equally and what affects some countries, industries and companies, has little impact on the value of others. Recent projections of instability and economic slowing may or may not be accurate. From a value investor’s perspective, projections are less relevant because finding value is about disconnects and discrepancies between stock prices and long-term business valuations, which can be found in any market condition.

In fact, equity market investors preoccupied with the potential negative impact of a global slowdown may be missing an important point: Economic growth (and/or contraction) has not been a good indicator of future equity market returns. Researchers at the London Business School found a negative correlation between investment returns and growth in Gross Domestic Product (GDP) per capita when analyzing 21 developed countries over a period of 114 years. Their research work analyzing emerging markets was extended in 2014 and similarly found no correlation between GDP growth and equity market returns over a more than 40-year period.

It’s About Disconnects - Not Economic Ups and Downs

Investors are attracted to market “ups” and run from market “downs” when we believe they really should focus on the discounts and discrepancies between price and value. Stock prices can diverge from their fundamental, true worth, creating – sometimes – substantial discounts or price differentials. These discrepancies can occur both amid falling and rising markets and persist for long periods. In his seminal work, Security Analysis, Benjamin Graham addressed how the disconnect between price and value can persist over cycles and time. “Under-valuations caused by neglect or prejudice may persist for an inconveniently long time, and the same applies to inflated prices caused by over-enthusiasm or artificial stimulants.”

Professor Thaler actually questions whether or not stock prices ever truly reflect the fundamental value of their underlying company. According to Efficient Market Hypothesis (EMH), stocks always trade at their fair value on stock exchanges, making it impossible for investors to either purchase undervalued stocks or sell stocks for infl ated prices. Thaler goes on to say that if EMH is true and prices are “right” then market bubbles (and alternatively over-reactions to economic slowdowns) cannot exist. And we all know that they do. Thaler puts a final plug in for the concept of discrepancies and value in Misbehaving with his quote, “the efficient market theory of the 1970s said that value investing couldn’t work. But it did.”

At Brandes, we have made it our life’s work to seek out these valuation discrepancies and benefit from them. We maintain that valuations—not forecasts and predictions—off er the potential for strong returns. Nevertheless, we are aware that much of the world focuses on forecasts, such as those mentioned below from the International Monetary Fund (IMF). Recent projections of economic slowing, or the impact of the current situation in Greece, may or may not be accurate, but again, from a value investor’s perspective, they are less relevant than discounts and discrepancies.

Th e International Monetary Fund, in its World Economic Outlook, expects growth in emerging and developing economies to be lower in 2015, primarily reflecting weaker prospects for some large emerging market economies and oil-exporting countries.3 Th e IMF cited a variety of factors for this lower growth forecast, including regional slowdowns and the declining price of oil. Let’s look more closely at projected slower economic growth and value opportunities in Brazil and Russia.

Over the past year, political concerns in the country (around Dilma Rousseff's re-election and the Petrobras scandal), as well as a deteriorating macro-economic backdrop, have contributed to negative investor sentiment and a depreciating currency. As negative investor sentiment has caused a variety of stocks to decline indiscriminately, we believe it has also created a variety of attractive investment opportunities. Why? Th e market disregards long-term business fundamentals and may overlook some potential benefits of the currency decline, i.e., that it lowers costs for companies focused on exports.

One example of this is Embraer, the world’s fourth-largest aircraft manufacturer, which has substantial exposure to markets outside of Brazil. In fact, more than three quarters of its sales are outside of Brazil. As a result, Embraer has benefited from selling its products in U.S. dollars worldwide—while having a large part of its manufacturing base in Brazil where the currency weakness is a benefit from a cost perspective. The company has a strong competitive position as it is the market leader in regional jets and has gained significant share in corporate jets over the past several years to become one of the leaders of that market as well. While the market is concerned with the investing environment in Brazil, along with current cyclical weakness in the business jet market, we believe that Embraer presents an attractive investment opportunity as it continues to strengthen its competitive position via a robust product development strategy.

Russia has been in the news for the past year or so due to the country’s geopolitical tensions with Ukraine, and more recently, because of declining oil prices. As has been the case with other geopolitical tensions in the past, bad news encourages investors to flee. And, while investors view Russia as a risky (or “in/out”) proposition given macro-economic concerns around GDP growth and oil prices, we believe this situation creates a variety of attractive long-term investment opportunities. Investor focus on geopolitical tensions and the direction of oil prices seems to have led to a complete disregard for company fundamentals.

For example, market concerns about deteriorating economic growth and lower oil prices have led to Russia’s second largest oil producer, Lukoil, falling out of favor with investors. While the Russian economy as a whole is dependent on earnings from oil, we believe Lukoil is in some ways a more defensive business in a lower oil price environment because it has some of the lowest cost oil reserves in the world and an abundance of oil reserves compared to its global peers. Lukoil has an estimated oil reserve life of 21 years, nearly double the global average.5 Additionally, due to the progressive Russian tax structure on oil, Lukoil’s earnings per barrel of oil has been quite stable, much more so than oil prices. Moreover, much of Lukoil’s revenue is generated in U.S. dollars, while some of its costs are in rubles; thus, the fluctuation of the ruble doesn’t affect Lukoil as much as a domestically focused Russian company and a weakened ruble can actually help Lukoil. As a result of Lukoil’s strong market position, and extreme investor negativity, we believe the company offers us an attractive risk/reward opportunity.

As chatter about a global economic slowdown increases, combined with persistent headlines around Greece, a corresponding fear of loss will likely drive bad investment behavior as it has done in the past. Considering Thaler’s ideas about how behavior distorts behavior and Graham’s value investing principles, the prices of some companies will disconnect from their long-term fundamental values—as in every other market cycle and condition. By finding and investing in these companies using our three-part process (analysis, valuation and portfolio construction), we have the potential to create attractive long-term portfolio returns.

We maintain that valuations – not forecasts and predictions – offer the potential for strong returns. For anyone concerned about the global economic slowdown, we suggest they consider Thaler’s recommendation and avoid media reports at all costs. At the very least, it’s a way to put any economic slowdown in context and focus on long-term company fundamentals.

"Whenever anyone asks me for investment advice, I tell them to buy a diversified portfolio heavily tilted toward stocks, especially if they are young, and then scrupulously avoid reading anything in the newspaper aside from the sports section. Crossword puzzles are acceptable, but watching cable financial news networks is strictly forbidden."

"Misbehaving: The Making of Behavioral Economics," by Richard Thaler. 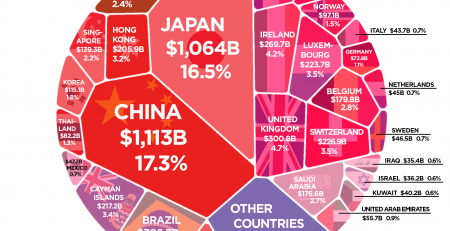 In 2019, the U.S. national debt reached a new milestone of $22 trillion. Taking on debt enables the government to increase its spending on various domestic programs or make... Read More 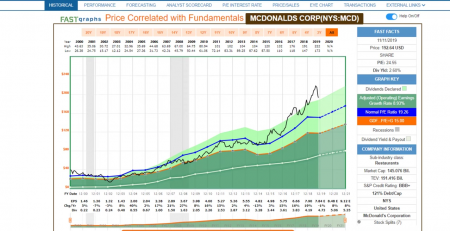 Bill Ackman's Pershing Square is planning to come out of hibernation. The activist investor sent out a letter that told clients that the fund was raising money to acquire... Read More

Hedge funds have significantly increased exposure to the technology and health care sectors, highlighting an industry-wide shift is taking place, according the data in the recently released Novus Hedge... Read More