Brazil, France, Mexico Team Up With Argentina In Battle With Elliott – ValueWalk Premium

As default of sovereign debt becomes a growing realistic possibility among numerous nations, establishing legal precedent in Elliott Management’s fight with Argentina appears to be a more pressing concern of fellow sovereigns.

Three sovereign governments – France, Brazil and Mexico – will file amicus curiae briefs with the U.S. Supreme Court supporting Argentina’s appeal of a lower court decision, according to a report in Fin Alternatives.

Losing access to capital markets is a major problem for any market, but a flood of foreign capital creates its own problems as prices go up and EM exporters... Read More

Despite concerns about high frequency trading (HFT), European financial industry participants haven’t changed how they interact with markets, a survey from ConvergEx points out. In its “European Equity Market Structure... Read More

Hess Corp. (NYSE:HES) today announced that, after consulting with its shareholders, it will separate the role of Chairman and Chief Executive Officer after its Annual Meeting. The oil company that is... Read More 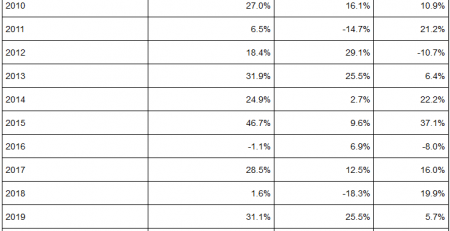 American tycoon and leisure investor, Paul Tudor Jones, has just upped his stake in Tanzania’s Serengeti district, by agreeing to finance the construction of an international airport in the... Read More

Will China's New "Supply-Side" Reforms Help China? by Michael Pettis, China Financial Markets It wasn’t enough that we started 2016 with one of the worst weeks in the recent history... Read More