Although we continue to be reluctant to engage with the media, we again find ourselves in the position of being left with no choice but to respond to sensationalistic and inaccurate stories, both to make clear what is true and to do our part in fighting against the growing trend of media distortion.  To let such significant mischaracterizations of our business stand would be unfair to our hard-working employees and valued clients who understand the reality of our culture and values.

While we all would hope that we could count on the Times for accurate and well-documented reporting, sadly, its article “Sex, Fear, and Video Surveillance at the World's Largest Hedge Fund” doesn’t meet that standard.  In this memo we will give you clear examples of the article’s distortions.  We cannot comment on the specific case raised in the article due to restrictions we face as a result of ongoing legal processes and our desire to maintain the privacies of the people involved for fear that they too will be tried in the media through sensationalistic innuendos.  Nonetheless, we can say that we are confident that our management handled the case consistently with the law and we look forward to its successful resolution through the legal process.

To understand the background of this story, you should know that the New York Times reporters never made a serious attempt to understand how we operate. Instead they intentionally strung together a series of misleading “facts” in ways they felt would create the most sensationalistic story.  If you want to see an accurate portrayal of Bridgewater, we suggest that you read examinations of Bridgewater written by two independent organizational psychologists and a nationally-renowned management researcher.  (See An Everyone Culture by Robert Kegan; Learn or Die by Edward Hess; and Originals by Adam Grant.)

Rather than being the “‘cauldron of fear and intimidation’” the New York Times portrayed us as, Bridgewater is exactly the opposite.  Bridgewater is well known for giving employees the right to speak up, especially about problems, and to make sense of things for themselves. Everyone is encouraged to bring problems to the surface in whatever ways they deem to be most appropriate.  To be more specific, our employees typically report their business problems and ideas in real time through a public “issue log” and a company-wide survey that is administered quarterly.  More sensitive matters are reported through an anonymous “complaint line,” and all employees have access to an Employee Relations team charged with being a closed, confidential outlet outside of the management chain for handling issues of a personal nature.

The New York Times portrayed our taping of meetings as creating “an atmosphere of constant surveillance . . . that silence[s] employees who do not fit the mold.” It is well known that Bridgewater’s taping of meetings is instead done to enable employees to hear virtually all discussions happening at the firm for themselves.  We make these tapes available to employees because we believe strongly that in order to have a real idea meritocracy, people need to see and hear things for themselves rather than through the spin of others.  We also believe that bad things happen behind closed doors so that such transparency is healthy.

While we acknowledge that this culture of openness is not for everyone, our employees overwhelmingly treasure this way of operating.  In our most recent anonymous survey, employees rated their agreement with the statement “I believe that Bridgewater’s culture and principles are key to its success” a 4.4 out of 5. Many of our employees say they wouldn't want to work anywhere else because they so appreciate our unique idea meritocracy in which meaningful work and meaningful relationships are pursued through radical truth and transparency.  The New York Times article doesn’t square with common sense.  If Bridgewater was really as bad as the New York Times describes, then why would anyone want to work here?

The New York Times said that some employees “are required to lock up their personal cellphones each morning when they arrive at work” which made it sound like employees can't carry their phones around with them like employees at other companies do. This is wrong.  The truth is that the vast majority of our employees freely carry around their cell phones; the only place they can't is on our trading floor, where cell phones are prohibited. This policy is to protect the confidentiality of trades in order to protect our clients’ money.

The New York Times said that the company’s culture makes it impossible for employees to have matters handled confidentially. That is also wrong.  As stated above, we have clearly defined channels for reporting private matters that have been utilized by many employees over the years. These matters have always been kept confidential.

The New York Times said “over the last two years, the firm has lost billions of dollars for investors as a result of mixed performance.”  That is wrong as well. In 2015, our Pure Alpha fund had its 15th consecutive year of positive returns. This year, year-to-date, we have made $1.3 billion for our clients across our strategies. While that is less than expected, it is within our stated range of expectations.  Notably, our clients who know us well have demonstrated their confidence in us by investing $12 billion in new assets over the last seven months.

Concerning legal matters, because Bridgewater is culturally committed to the pursuit of truth, we have always had a strong preference to not “settle” claims but rather to be judged by the appropriate legal or regulatory system, even though that is not the expedient thing to do.  Like many organizations, we encounter frivolous claims made in an effort to extract financial gain. Most companies prefer to settle them because it saves time and legal costs—and avoids the sort of distorted publicity that we are now encountering. We choose to contest them instead.  At the same time, we have clear policies and standards of behavior, and when we discover behavior inconsistent with them, we act decisively.  We are proud to say that in our 40 year history we have had no material adverse judgments.

We are far from perfect and we like to raise our imperfections to the surface so that we can deal with them honestly and transparently, while also protecting personal privacy. This approach is controversial and gives the media a lot of material to pick from to mischaracterize, but we believe that in the long run it is the best way for improving.  It has been the biggest reason for our success.  We look forward to continue being judged by our employees, our clients, and the legal and regulatory parties who are responsible for overseeing our behaviors, rather than by the media.

Most Hedge Funds Started 2019 On Positive Note With Returns Of 2.22%

The Eurekahedge Hedge Fund Index rallied 2.22%1 in January, supported by the global equity market rally which resulted from the Fed's dovish stance and optimism over potential progress in... Read More 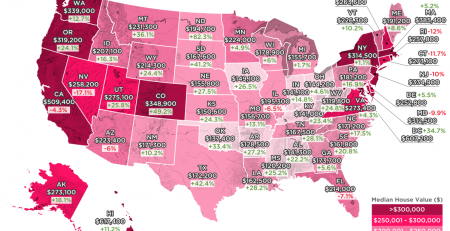 The economy is at full employment, the stock market is doing fine, and memories of the Great Recession are finally starting to fade. Q3 hedge fund letters, conference, scoops etc Unfortunately,... Read More

Activist investor Carl Icahn has successfully lobby for significant board reform at Chesapeake Energy Corporation (NYSE:CHK), with the firm announcing yesterday that four of the non-executive directors will be... Read More

Mental Models: How "Threshold Concepts" Are Gateways To Mastery

I think that understanding how to learn about mental models remains (unexplored and unpopular). In other words, the journey that every aspiring renaissance thinker must undertake in order to... Read More

With an SEC crackdown on fee disclosure said to target smaller, less established firms underway, one firm says now is a great time to launch a hedge fund.  That... Read More