Bristol Myers Squibb Co. (NYSE:BMY)  hopes to expand its diabetes franchise after it agreed to buy Amylin Pharmaceuticals, Inc. (NASDAQ:AMLN) at a  price close to $7 billion-this all happened on Friday in what was considered by many to be a complicated transaction.

However, Bristol Meyers was not willing to handle the full  cost of the transaction. The pharmaceutical heavyweight teamed up with AstraZeneca plc (NYSE:AZN) in an attempt to split the burden. The latter will now pay $3.4 billion in cash. It is however entitled to share in profits gleaned from Amylin’s sales.

Bristol-Meyers on the other hand will have to pay $31 a share in cash. This price comes in at slightly more than 50% of its initial bid price back in February- an initial bid price that was rejected and used as a basis for an auction shortly after.

This deal marks the latest deal in a growing list of deals involving major drug companies looking for new product lines. In reality, most major drug companies have been looking for a rebound option, so to speak, after the loss of exclusive patents on formerly successful products. Pfizer Inc. (NYSE:PFE) is the most notable one, with its $68 billion purchase of Wyeth several years ago. Pfizers' patent on its blockbuster drug, Viagra, was set to expire in March 2012.

The deal dictates that Bristol-Meyers will assume debt, and undertake a payment to buyout Eli Lilly & Company (Amylin’s former partner).

It appears as if the Amylin deal has grasped the attention of major companies primarily because of Bydureon, the Type 2 diabetes drug. This drug represents a major breakthrough as far as Type 2 diabetes is concerned. It requires one injection per week while its predecessor, Byetta, demanded two injections per day.

“This is about expanding our diabetes franchise,” Elliott Sigal, Bristol-Myers’s chief scientific officer, said in a phone interview on Friday. “It’s important to have different medical options,” he added.

Mark Schoenebaum, an analyst from the ISI group, was bullish over the deal stating that the approach was distinctive and creative.

Shares of  Bristol Myers Squibb Co. (NYSE:BMY) are flat on the news. Amylin Pharmaceuticals, Inc. (NASDAQ:AMLN) shares are up close to 9% at $30.71, at the time of this writing. 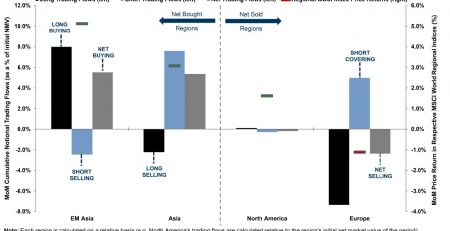 Skenderbeg Alternative Investments put into perspectives for the month of December 2018. "I love it when people always say I'm always 'too early'. You can be late to a bull... Read More