The great debate about whether Herbalife Ltd. (NYSE:HLF) is a pyramid scheme continues, with analysts and investors having strong opinions on the company. BTIG analysts say the controversial company is trading on negative sentiment right now, which they don't think will get any worse than it is now.

So while many other analysts slashed their price targets for Herbalife after the last earnings report, BTIG has begun coverage with a bullish view.

In a report dated Nov. 18, 2014, analysts April Scee and Abhinav Kapur said that Herbalife Ltd. (NYSE:HLF) is in an industry with “great” dynamics and that its business model is strong. They do not believe the nutritional supplements company is a pyramid scheme, as activist investor Bill Ackman and many others have claimed.

They initiated coverage of Herbalife with a Buy rating and $55 per share price target. However, they do remain cautious on the company even though they see plenty of potential for upside in the stock price.

Fundamentally, the BTIG team thinks Herbalife Ltd. (NYSE:HLF) is an “attractive business.” They like the company's margins and say that recruitment trends continue to be strong. They also point out that Herbalife is currently quite asset-light. The analysts do think that the company's shares could move up or down 15% “if an activist shareholder simply indicates he might say something.”

They note that it's still unclear when the overhang on Herbalife Ltd. (NYSE:HLF) shares will be lifted. In March, the Federal Trade Commission sent a Civil Investigative Demand to Herbalife. The analysts point out that that was only a request for information and not a formal investigation. They agree with management in thinking it's unlikely Herbalife will get a negative ruling from regulators though.

The analysts note that the company's independent distributors don't get paid fees to recruit new members. They also call the startup cost of becoming a distributor “minimal,” as it's less than $100. Additionally, the BITG team said most of Herbalife's income is from sales to consumers and call the company's return policy “liberal.” Of course many would disagree with these analysts' statements on these topics, particularly those who feel that Herbalife victimized them.

The analysts further point out that there's nothing that says the FTC should decide what to do about a company quickly, so the overhang of the inquiry will remain for now.

The BTIG team also said that Herbalife Ltd. (NYSE:HLF) may continue to see a slowdown in organic sales in the U.S. if the slowdown isn't only because of policy changes. The changes led management to cut their fourth quarter and 2015 fiscal year guidance.

Over the last two quarters, the nutritional supplements company saw an average decline of 2% in organic sales, compared to 10% for the eight previous quarters. The analysts add that if increases in compliance hurdles and / or a morale shift due to headlines about the company could deepen the decline in U.S. organic sales. 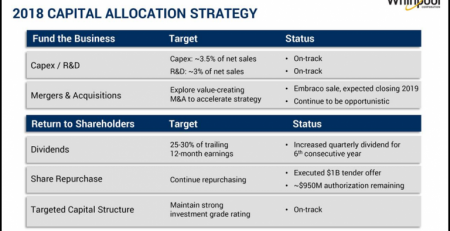 Koo: US, UK Identical to Japan in 1997, But Only One Avoiding Mistakes

Richard Koo of Nomura is out with his latest note. The famed economist, who authored Balance Sheet Recession: Japan's Struggle with Uncharted Economics and its Global Implications, and The Holy Grail... Read More

Although not entirely new territory for the electric car maker, the last few weeks have been quite the roller coaster ride for Tesla. Short investors, currently in no small... Read More