A long awaited CEO pay ratio rule was approved by the Securities and Exchange Commission this morning. The rule requires public companies to list their chief executives total annual compensation as a ratio of their worker’s median pay.

This is part five of a ten-part series on the life and career of Benjamin Graham, the Godfather of value investing and the Dean of Wall Street. You can... Read More

Raghuram Rajan Departure Shocks The Investing World  with many are worried about the implications for India and the global economy. The news was announced via  a letter posted on... Read More

Cash-Strapped Venezuela Borrows From Itself In “Mysterious” Deal 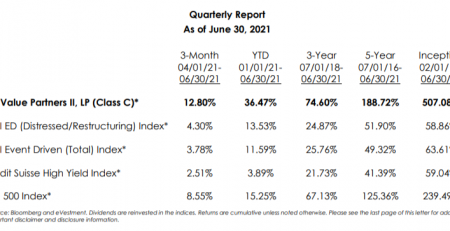 Dov Gertzulin's DG Capital is having a strong year. According to a copy of the hedge fund's letter to investors of its DG Value Partners Class C strategy, the... Read More

China’s second round of urbanization is likely to be one its best new growth engines during the next decade, Citi believes. Oscar Choi and Marco Sze of Citi point out... Read More

Amid a difficult earnings season for banks Capital One Finance Corp. (NYSE:COF) announced its earnings for the three months ending in March 31st today. The company showed earnings of... Read More

A Step In China's Economic Journey

A Step In China's Economic Journey by Robert Horrocks, PhD, Matthews Asia We emerge from the recent Chinese Communist Party Plenum with sketches of a new “five-year-plan.” Hurrah! There is... Read More