Charles de Vaulx's IVA Funds newsletter from the portfolio managers for May 2015.

The period under review, October 1, 2014 to March 31, 2015, saw continued appreciation of both the IVA Worldwide Fund and IVA International Fund, despite two major developments: the collapse in oil prices and a rapid appreciation of the U.S. dollar against the euro.

The International Fund had a negligible allocation to oil, and the appreciation of the U.S. dollar was mitigated by a large cash position in U.S. dollars, partial currency hedges on the yen and the euro, and the fact that a number of our investments in Europe are exporters, where the underlying businesses benefit from a higher U.S. dollar.

The turmoil in commodities, in general, allowed us to make an investment in what we consider a large, reasonably low cost, and well capitalized copper mining company, Antofagasta Plc, for both Funds, as well as First Resources Ltd., a producer of palm oil, for the International Fund.

The rout in oil prices however, did not yield opportunities (yet) in the U.S. exploration and production (“E&P”) businesses. The oil producers in the U.S. are high cost by global standards, and the low cost producers of oil are not listed (think Saudi Aramco and other national oil companies). Despite the price of oil in Texas falling from $90 per barrel at the beginning of October 2014 to less than $50 per barrel by the end of March 2015, the credit market and the equity market remained wide open even to poorly capitalized E&P companies.

The Worldwide Fund’s performance was impacted by roughly 1% due to the fall in oil prices during the period, versus 1.7% for the MSCI All Country World Index. Our largest oil investment currently in the Worldwide Fund is Cimarex Energy Co., which we think is an extremely well run and very conservative company. Cimarex’s strong balance sheet allows the company to retire rigs and cut new drilling in these lean times for the industry. Less fortunate companies are often forced to continue to drill and produce oil at inadequate returns to placate their lenders.

This is a good illustration of the perverse effects of current monetary policies. Is it possible that the combination of too much debt and easy money, far from helping reflate the economy, might be deflationary, by forcing overcapacity in a number of industries, or keeping zombie companies alive? Do low interest rates force retirees to consume less because the capital they put aside for retirement is not providing much income?

Post World War II, 10-year interest rates peaked to over 15% in the U.S. in 1981, and have fallen to less than 2% today. This has been a powerful engine to the bull market in the U.S. for more than a generation, one that cannot be repeated in the next generation.

One thing is for sure: the years since The Great Financial Crisis have been marked by unprecedented manipulation of financial markets by central bankers around the globe. Quantitative easing, or the heavy printing of paper currency, started in the U.S. in late 2008, and spread to Japan and now Europe, where it will extend, we are told, at least until 2016. More importantly, the global imbalances existing in this derelict global monetary system in 2007 have worsened: global debt to GDP has continued to go up, driven by emerging economies this time.

Today the situation has reached absurdity: investors pay some governments for the “privilege” to lend to them! Many hundreds of millions of dollars worth of government paper worldwide now carry negative yields, and some governments (Germany, Switzerland and Denmark, for example) have been able to borrow at negative rates. Over the period, we added to our gold bullion position in both Funds. Gold is a currency that central bankers cannot debase, and its price is reasonable in our opinion. The other (few and far between) opportunities unearthed by our 10 talented analysts were in Asia ex-Japan over the period.

At IVA, we remain focused on understanding businesses and trying to acquire a stake in these businesses at attractive valuations: paying substantially less than what we believe a knowledgeable buyer would pay in cash for the whole business. We spend our time scrubbing the books; understanding previous transactions done for cash in the industry; assessing whether the balance sheet of investments under consideration is solid enough to weather a serious recession; and asking what the business may look like 10 years down the road. If our criteria is not met, we will let cash build up in our portfolios.

Far from burning a hole in our pockets, we view that cash as an option on future bargains. Roughly 37% of the Worldwide Fund and 29% of the International Fund sits in cash as of March 31, 2015. The cash is in the form of commercial paper of our choosing, with short maturities and no direct exposure to financial institutions.

We remain focused, more than ever, on preservation of capital. When it comes to that we believe IVA offers some rare characteristics: we are privately owned, we are not subject to the pressures of short-term relative performance or a necessity to grow assets through aggressive marketing, we eat our own cooking (partners and employees of the firm collectively have a very substantial amount invested in the Funds), and we have no desire to put the Funds’ shareholders’ capital at risk in the hope of making a quick buck to gather more assets. In fact, the Funds remain closed to new investors.

The world may be as complicated and fast paced as ever today. But the bottom line is simple: one is not being compensated adequately for risk currently. We shall wait for the fat pitch.

We appreciate your continued confidence and thank you for your support. 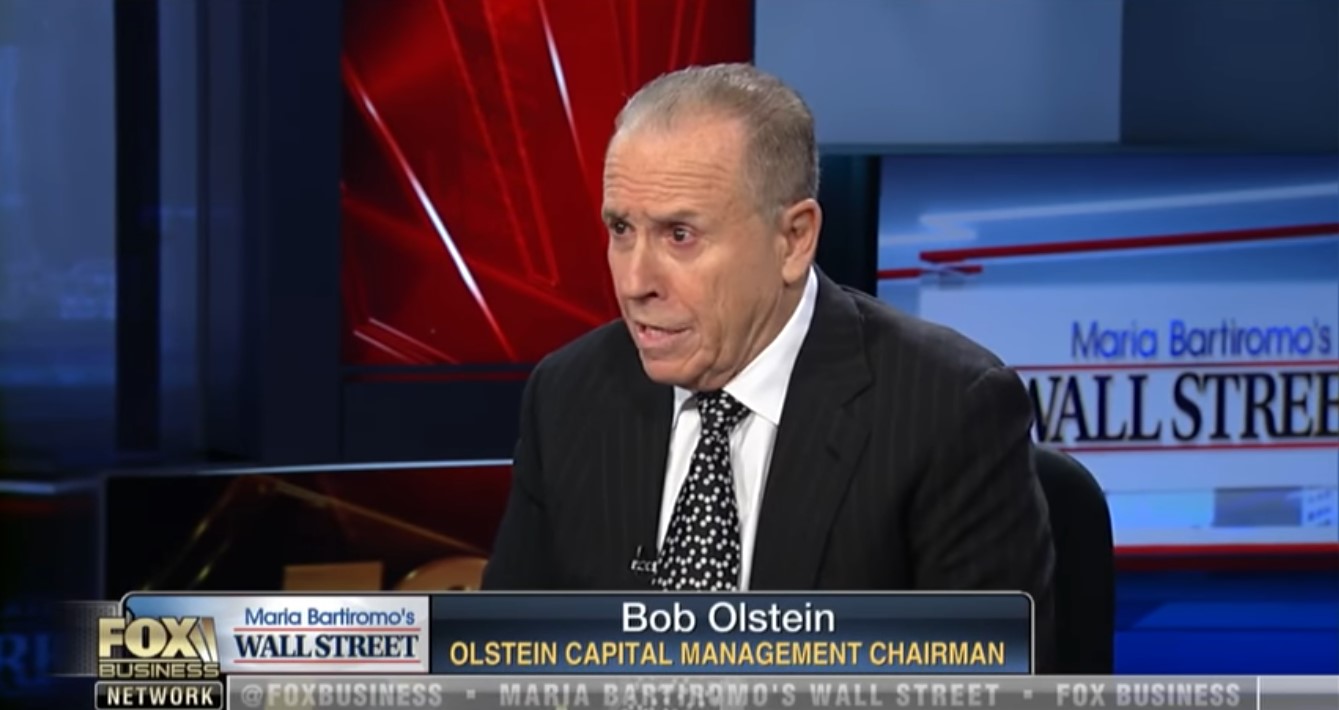 Olstein Capital Management Chairman Bob Olstein reacts to the market selloff and discusses how his company finds value in stocks. Get The Timeless Reading eBook in PDF Get the entire 10-part... Read More

The stock market’s recent bull run may be entering its most dangerous phase says Jeremy Grantham of GMO. This week I explain why. Get The Timeless Reading eBook in PDF Get... Read More