In his recent Daily Journal shareholder meeting, Charles Munger discussed a number of topics including Robinhood, SPACs, Bitcoin, market speculation, interest rates, and why value investing will never go out of favor. Here’s an excerpt from the meeting:

Some people think that value investing is you chase companies which have a lot of cash and they’re a lousy business or something but I don’t define that as value investing.

What is interesting is that in wealth management a lot of people think that if they have a hundred stocks they’re investing more professionally than they are if they have four or five. I regard this as insanity, absolute insanity. I find it much easier to find four or five investments where I have a pretty reasonable chance of being right that they’re way above average.

I think it’s much easier to find five than it is to find a hundred. I think the people who argue for all this diversification, by the way I call it diworseification, and which I copied from somebody, and I’m way more comfortable owning two or three stocks which I think I know something about and where I think I have an advantage.

You can watch the entire meeting here:

Warren and I may seem like a mismatch. I’m a technology nerd. He’s an investor who doesn’t use email. In 1991, when my mother called me to come out... Read More

Gold prices cheap or expensive? We will find out in a few days according to analysts at one big bank. Buy gold to hedge against a Trump win; that appears... Read More

The Carnival Is Over In Brazil by John-Paul Burke, Horseman Capital Management John-Paul Burke's Market Views "It's no secret that Brazil has suffered immensely since the financial crisis and China's economic... Read More

Following Italy, the United Kingdom is planning on counting illegal drugs and prostitution in its Gross Domestic Product calculations. Revenue generating activity used to determine EU budgets Before you crack the... Read More 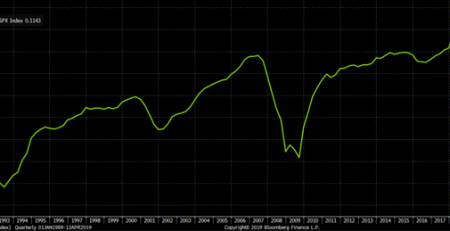 How To Break Out From The Great Stagnation

The last three years have been so relentlessly dismal — a global pandemic followed by the invasion of Ukraine — that it is tempting to idealize the old days.... Read More