The CEO of Chesapeake Energy Corporation (NYSE:CHK), Aubrey McClendon, is an influential leader in the natural gas business. Unfortunately, this year has been rough for both Chesapeake and McClendon.  Earlier this year, McClendon was found using company oil well as collateral for personal bets, something that did not sit well with shareholders.  Enter Carl Icahn.  The legendary activist enlisted his services to turn around Chesapeake in a time of low energy prices and difficult economic outlook.

After some initial shuffling of directors around, it appears Icahn has the board of directors redone, with his sights on cutting costs and selling off assets to avoid a cash flow shortfall.  Chesapeake suffers from $12.6 billion in debt due to McClendon’s aggressive purchasing of stakes in big oil fields throughout the US.

According to Asjylyn Loder of Bloomberg, as oil and gas prices continue to fall, Chesapeake Energy Corporation (NYSE:CHK) regularly is faced with the potential issue of running out of money.  The company has interest payments to make on its senior notes but income is down as prices have dove in the energy sector.  Icahn is trying to sell off assets to keep cash flow afloat and finding a short term solution to increase profitability during this difficult environment.

The issue is that Chesapeake Energy Corporation (NYSE:CHK) did have a rise to power but it was on the back of debt and borrowing.  Now, the board of directors is tasked with deciding which oil fields they can sell their stake in because they have too many fields and too much debt.  Simply put, Chesapeake Energy Corporation (NYSE:CHK) can’t afford to continue to hold all of these oil well stakes.

Over the past few weeks, there has been some grumblings of whether or not McClendon should step down from his post.  No, Chesapeake needs McClendon but in a tight watch environment.  Chesapeake can not afford to let its CEO go out on a spending spree again but Icahn has placed some old veterans on the board of directors to monitor how much the CEO spends on new oil wells and such.  McClendon is a solid leader and icon in the industry, he must stay at Chesapeake but he needs to be watched more adamantly.

The bottom line here is that Chesapeake is going through a rough patch, along with oil and gas prices in general.  Icahn will continue to point the company in the right direction with the hopes of making it stronger and more efficient.

JPMorgan (JPM) is a Buy, Despite Latest Woes – Citi

Citigroup Inc. (NYSE:C) released a new report on JPMorgan Chase & Co. (NYSE:JPM) that said despite the firm’s recent $2 billion trading disaster, the stock is a buy as... Read More 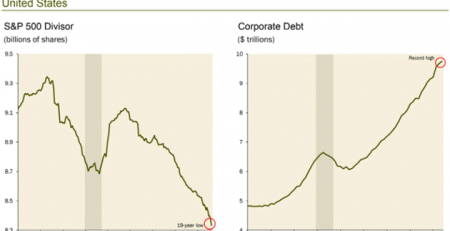 Two young fish are swimming along, and they happen to meet an older fish swimming the other way. Q1 hedge fund letters, conference, scoops etc The older fish nods at them... Read More

New Evidence on the Relation between the Enterprise Multiple and Average Stock Returns Forthcoming in the Journal of Financial and Quantitative Analysis Tim Loughran Mendoza College of Business University of Notre Dame Notre Dame,... Read More

The popular user-review website Yelp is ready to join the public markets this spring. It will try to raise up to $100 million in its upcoming IPO. In a regulatory... Read More

Ever heard of the Efficient Markets Hypothesis (EMH) and wondered what it’s all about? Q4 hedge fund letters, conference, scoops etc geralt / Pixabay You certainly aren’t alone. However, the real questions... Read More