Cracks are starting to appear in the China growth story according to Societe Generale analysts Wei Yeo and  Claire Huang.

According to the analysts, it looks as if efforts by policymakers to cool specific sectors are having an impact on economic activity, while cost inflation is causing companies to curtail or postpone investment plans.

China's plans to tackle the country's growing pollution problem has sparked concern among analysts since it was unveiled earlier this year.

The drive to cut pollution is unprecedented and is already having an . . .

The US Treasury markets appear to be calming down to end the year, RBC’s Charlie McElligott writes to clients. The key to watch is “real yields,” those that factor... Read More

AT&T Inc. (NYSE:T) provides the Central Intelligence Agency with foreign call logs, including internationally placed calls made by U.S. citizens, for $10 million a year without a court order or... Read More 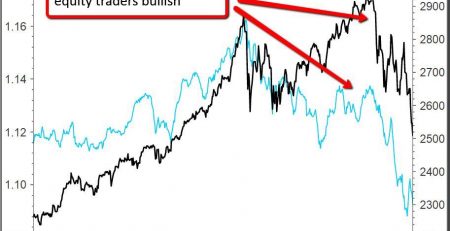 Here’s your latest Friday Macro Musings. As always, if you come across something cool during the week, shoot us an email at [email protected] and I’ll share it with the group. Latest... Read More

Too much is being made on Bridgewater Associates recent memo expressing concern regarding China, the report authors said in a statement to ValueWalk. UPDATE: The FT got permission to post the full... Read More

Robert Shiller gives a 45 minute speech in which he talks about his new book, Finance and the Good Society. In the book Shiller argues that rather than condemning financial... Read More

Bubble Anatomy/Bubble Anomaly Market bubbles are called bubbles for good reason. They form, they inflate, they grow to an unstably distorted size, and ultimately they undergo the effects of rapid... Read More