China's policymakers are aggressively clamping down on what some experts are calling a credit bubble. This comes as China's economy slows and incoming data continues to disappoint.

All of this has economists upping their odds of a hard economic landing, a scenario where growth slows to a point that causes unemployment to spike.
China's economic problems are well documented

China Economist Wei Yao of Societe Generale SA (OTCMKTS:SCGLY) (EPA:GLE) noted while the problems facing the Chinese economy are well documented, they think many investors may still be relatively complacent about the risk of a hard landing. This could prove a costly mistake. The Chinese economy is still imbalanced: almost 50% of GDP comes from gross fixed capital formation, up from a third in 1997. Massive excess capacity, high and rising corporate debt and an increasingly marginalized private sector are other symptoms of deeply rooted imbalances in China’s economy.

Chinese economy is set on a path of structural deceleration 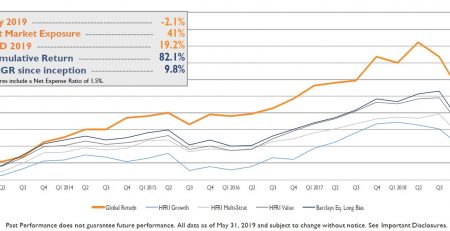 Long / Short Managers Focus On Short Side At Morningstar Conference

With equity market valuations at relatively high levels, long / short strategies are increasingly finding opportunity on the short side of the market, a panel of portfolio managers noted... Read More

GoodHaven's Letter To Shareholders On Performance

GoodHaven's letter to shareholders for the period November 2014. To Our Fellow Shareholders: In recent months, our performance has significantly lagged the S&P 500 with modestly negative absolute performance. In our... Read More

When considering volatility in hedge funds, the Forum Global Opportunities Fund could be 2016’s biggest casualty. Last year the fund had nothing short of spectacular performance, but it has... Read More

Kingdon Capital Management, LLC one of the oldest hedge funds on Wall Street, has made a strong start to the year with its Global Long/Short Equity strategy fund logging gains... Read More