Set against its slowing growth numbers this past week, China still has hopes that import growth can help to keep its trade balance and maintain a recovery.

In remarks on Monday by China’s Minister of Commerce Chen Deming, he said that even with May’s slight recovery in its trade numbers, the country’s foreign trade condition remains “grim” and that it will place an emphasis on import expansion.

Whether China can keep its 10-percent growth in 2012, Chen responded “if we’re lucky” according to Xinhua. He added in light of the current global market, China’s foreign trade will emphasize both exports and imports but an expansion in imports comes for economic development in the country. It will also improve economic balance, support China’s structural adjustment, raise consumption and break into China’s development bottleneck, said Chen.

But to move imports along, preferential charging policies and import charges will be implemented.

Don’t Count on McDonald’s or Yum! Brands for Help

While China looks to increase its imports they may face some resistance as U.S. companies are facing tough times with their presence in the country. On Friday, shares of McDonald’s Corporation (NYSE:MCD) and Yum! Brands, Inc. (NYSE:YUM) Brands fell from increasing fears about China’s slowing economic growth.

McDonald’s reported a 1.7 percent decline in its sales at stores open at least a year in Asian, Middle East and African regions with notable drops in Japan and China.

China’s numbers represented the first sales decline since November 2009, according to Lynne Collier, a Sterne Agee analyst. In conversations with McDonald’s management, the declining comparable China sales could be the beginning of a trend.

Also affected by China’s slowdown was Yum! Brands which sees more revenue generated in China than the United States thanks to a love for KFC in the country. Its stock fell 3.2 percent on Friday–one of the S&P 500’s worst performers.

This wasn’t the first hit for the stock from bad Chinese news. On June 1, the stock tanked more than five percent after news of a Chinese manufacturing decline came for a seventh consecutive month. In the last month alone, the stock has fallen almost 12 percent, reported CNN.

Our readers are likely familiar with this court case - if not check out - anyway Organovo Holdings Inc (NYSEMKTS:ONVO) has just won a defamation lawsuit against Simeon Research, see... Read More 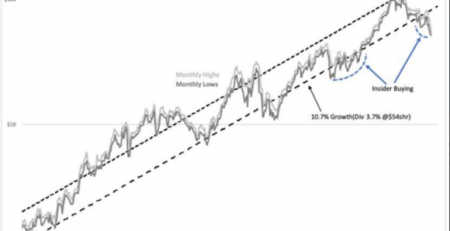