At the beginning of the year, the financial world’s attention was fixated on China and the country’s response to slowing economic growth and pressure from speculators on the renminbi.

Six months on and a lot has changed.

The financial world is now obsessed with the US Federal Reserve, trying to guess when the next interest rate hike will fall. And while Wall Street’s attention has been focused on what could arguably be called the world’s most influential central bank, China . . .

An interesting analysis of Chesapeake Energy (NYSE:CHK) has been compiled by Trefis analysts, in the context of a change in mix of the company’s production of natural gas, on... Read More 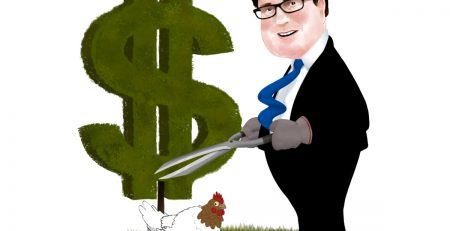 After a challenging decade, 2022 is shaping up to be one of the best years ever for Crispin Odey and the rest of the team at Odey Asset Management. In... Read More