China wasted approximately $6.8 trillion or 41.8 trillion yuan on “ineffective investment” over the past five years since 2009, according to an opinion piece published by two Chinese government researchers on Shanghai Securities Journal.

Xu Ce of the National Development Reform and Commission, the state planning agency and Wang Yuan from the Academy of Macroeconomic Research said China’s bad investments from 2009 to 2013 alone, account almost 50% of the total amount invested in the Chinese economy.

Mr. Ce and Ms. Wang’s report indicated that majority of China’s wasteful investments were in industries including steel and vehicle production following the 2008 global financial crisis.

“Investment efficiency has fallen dramatically [in recent years]. It has become far more obvious in the wake of the global financial crisis and has caused a lot of over investment and waste,” according to the research.

They emphasized that an ultra-loose monetary policy, lack or little oversight on government investment plans and distorted incentive structures for officials were the primary cause of China’s poor investments.

The researchers also pointed out that China relied too much on its investments to boost the economy.  “The problem of low- or no-efficiency investment has reached a time where it must be faced up to,” said Mr. Ce and Ms. Wang.

China acknowledged the fact that it became too much dependent on its investments to boost its economy, and it would take time to restructure its growth model. The country generated 42% of its economic growth between January and September this year.

Now is the time to address China’s problem on wasteful investments as it aims to develop its regional economies including the old Silk Road trading router where it plans to invest $40 billion.

Corruption is another reason for the huge waste in China

A related report from Financial Times indicated that aside from misallocation of capital and poor investments, corruption is also another reason for the huge waste in China’s economy. The report indicated that a substantial portion of “China’s post stimulus binge were simply stolen by Communist Party officials”, who directly responsible for the investments to drive economic growth.

Jonathan Anderson, founder of Emerging Advisors Group, estimated that approximately $1 trillion were missing over the past five years due to weak oversight and the huge opportunity from the investment boom.

Anderson said, “That translates into maybe 5 per cent of GDP per year worth of skimming off the top.”  He added, “Think about it: every local government wakes up one morning in 2009 and finds that the central authorities have lifted every single form of credit restriction in the economy. With no one watching the till, it would be awfully hard to resist the temptation to sidetrack the funds, squirrelling them away in related official accounts or paying them out through padded contracts to other connected suppliers and friends.” 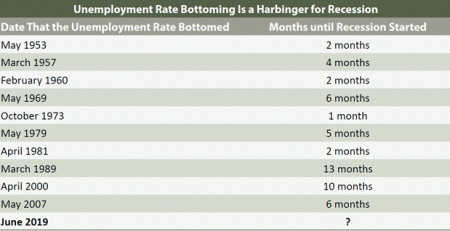 The Bad News About Record-Low Unemployment

Unemployment is the lowest it’s been in 50 years. Q1 hedge fund letters, conference, scoops etc That means most people who want to work can find a job. It also means... Read More