In an interview to appear on FOX Business Network’s Mornings with Maria, June 5 at 6AM/ET anchor Maria Bartiromo speaks with International Monetary Fund (IMF) Managing Director Christine Lagarde about the global economy. Commenting on the 2015 economic growth forecast, Lagarde said, “we believe” bad weather, the port strikes and much lower investment in the energy sector “alone have brought the growth of the first quarter down significantly.” Lagarde also comments on the monetary policy saying, “We completely agree with Chairmen [Janet] Yellen that the rate hike should be based on data, both inflation-related data and job market-related data.” Christine Lagarde went on to say, “What we are seeing in the data, particularly on inflation, is that the pickup is very slow and we believe that there is a good argument to actually defer until early 2016 any rate hike in order to ere on the side of having potentially a little bit more inflation than 2 percent.”

Christine Lagarde on cutting the 2015 economic growth forecast to 2.5 percent:

“We have downgraded to 2.5 percent because clearly the first quarter of 2015 has been a bad quarter for different reasons, whether it was bad weather, the port strikes, or much lower investment in the energy sector. We believe that these three phenomenon alone have brought the growth of the first quarter down significantly. And as a result of that, predominantly we have revised down to 2.5 percent, which doesn’t mean to say that we think that this is a long-term trend. We believe that growth is going to consolidate, we believe that going forward the coming quarters will likely be at an annualized rate of 3 percent, but for the whole year we believe that 2.5 percent is a much more sensible forecast than what we had.”

Christine Lagarde on whether there are certain policies that could move the needle in terms of growth for the U.S. economy:

“Well, let me start with the – the monetary policy. We completely agree with Chairmen Yellen that the rate hike should be based on data, both inflation-related data and job market-related data. What we are seeing in the data, particularly on inflation, is that the pickup is very slow and we believe that there is a good argument to actually defer until early 2016 any rate hike in order to err on the side of having potentially a little bit more inflation than 2 percent, but certainly not having the risk of disinflation and having to then lower the rates when they have just been hiked. So,  that’s a policy area where our recommendation is to ere on the side of a little bit too much inflation, but certainly support growth pick up and inflation pick up a little bit longer than – than what is currently expected by markets. That’s one policy area where we have a clear sense that we would be better off in early 2016 than in the course of 2015 with a rate hike.”

Christine Lagarde on what the implications of higher interest rates during a fragile recovery:

“The risk, as you said, that, you know, investment decisions be more difficult and that the impact on growth be to actually operate as a break on a recovery that is okay, but not at the pace where we saw it prior to the great recession. When we look at the growth potential of the U.S. economy, we are seeing it more in the range of 2 percent than the 3 percent average growth that it has had prior to the recession.”

Christine Lagarde on the lenders to Greece asking Athens to commit to sell off state assets:

“You know, the whole purpose of the exercise is for Greece to return to economic growth and to a sustainable economic growth. And given the situation, action is needed on various fronts. There has to be some fiscal adjustment and under the proposal to the Greek authorities that fiscal adjustment has been phased over a longer period of time, eased in order to facilitate the adjustment that is needed for the population of Greece. The second aspect, which is really badly needed, is the set of structural reforms that have to take place in order to make Greece a business friendly environment where investors feel not only welcome but like to operate successfully.  And third, there has to be some structural reforms in order to unleash the many territorial aspects of the Greek economies.”

Christine Lagarde on whether she has seen a counter offer from the Greeks yet:

“What is very encouraging as a consequence of the discussions that have taken place yesterday is that we are now working on some technical proposals and that is – that is a welcome change, because for the last few months the actual work that needs to be put in place has been very spotty, very piecemeal, fragmented and difficult to deliver upon. So, I very much welcome the determination of the prime minister to actually look at all the issues, whether it’s on the revenue side, on the spending side, on the structural reforms, on the privatization of some of the assets that Greece should consider proposing for privatization. All of that is good news. The fact that we can at last sit down and work is very much welcome, and our teams are ready to continue to do the work as a follow up to this.”

Christine Lagarde on whether they’re closer to a deal with Greece:

“At the end of the day the whole the whole program, the whole set of measures will have to add up, and it’s a question of how much progress from the fiscal and structural point of view the country can deliver, over what period of time.  And in consideration for that, with what financing made available to them going forward. But it’s a give and take process where it has to add up. And where the European partners are going to have to wait and discuss amongst themselves, including, of course, Greece, the pace, the depth, and the financing.”

Easter Quotes- Easter is a day of great religious significance to the roughly 71% of Americans who classify themselves as Christians. It’s also a big donation-day for U.S. churches,... Read More

Playing blind appears to be the way to make money using behavioral finance. Tom Howard, chief executive of AthenaInvest, tells John Authers why not knowing the names of your... Read More 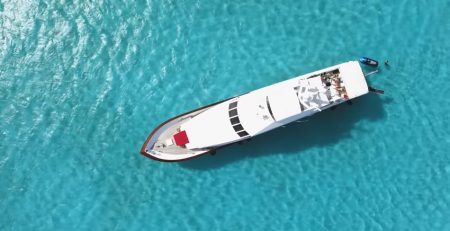