Citigroup Inc. (NYSE:C) has risen about 2 percent on April 15 as the bank’s earnings surprised to the upside. Strong revenues ($20.5 Billion versus estimates of $20.15 Billion), EPS per share ($1.23/share versus estimate of $1.18/share), and increases in earnings from all business segments with the exception of transaction services bolstered the stock.

Citigroup Inc. (NYSE:C)’s net interest margin rose to 2.94 percent, from 2.93 percent in 4Q12. Concerns over revenue and profit sustainability are still in the minds of investors, as Citigroup has surprised on the upside before, only to under perform in subsequent quarters.

JPMorgan Chase & Co. (NYSE:JPM) (JPM: 48.38) released results on April 12, and earnings were positive for the quarter. However, not all segments generated increased revenues, and the strongest segment – investment banking – carried the results. JP Morgan took advantage of an upswing in debt issuance at low rates and trading revenues experienced tailwinds of strong stock market performance. Profits were also bolstered by lower provisions and non-interest rate expenses. The lack of diversification in revenue growth is a concern, especially with the compression of net interest margins (NIM's).

Wells Fargo & Company (NYSE:WFC) (WFC: 36.99) also released results on April 12, and it earned a record $5.2 Billion in revenues and grew earnings per share by 23 percent. Expenses were reduced across the board. Relative to JP Morgan, revenue source was more diverse given reliance in cross selling in retail, wholesale, and wealth management segments.

Wells Fargo’s NIM also declined to 3.48 percent, a 0.80 percent reduction relative to 4Q12. For the quarter and the past year, both JP Morgan and Wells Fargo have relied on mortgage revenue and profitability to bolster margins. For Wells Fargo, mortgage fees comprised 13 percent of revenue.

Citigroup Inc. (NYSE:C) has also benefited from profitable mortgages, but to a lesser extent. As more competition emerges in the mortgage markets, margins could compress negatively affecting banks.

From one perspective, there is an odd disparity in the force. Hedge fund returns in certain categories are experiencing fat tail correlation and return extremes when compared to players... Read More

Financial Thought Leader Charles Ellis has written sixteen books and has traveled the world giving his sage investment advice. How does he do it all? Find out in this... Read More

Russian Internet giant Mail.Ru Group has recently been busy in the U.S. equity markets through sales of Facebook Inc (NASDAQ:FB) and Groupon Inc (NASDAQ:GRPN) and the majority of its... Read More 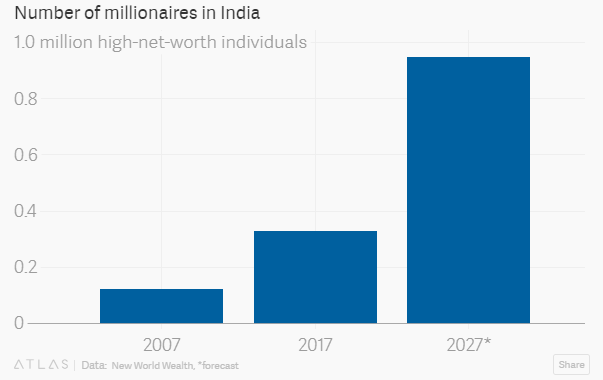 Check out this week’s Danger Zone interview with Chuck Jaffe of Money Life. In our recent article “5 Charts That Prove We’re Not in Another Tech Bubble,” we show that... Read More