Separating the Noise from Reality will take Facebook back to $160

Two and a half years ago, Citron Research said that FB was a long-term short and that engagement levels would eventually top out. At the time, the stock was trading in the $120 range. In the past 30 months FB has more than doubled its quarterly revenue and concerns of engagement have shifted to concerns of addiction, yet the stock is back down in $120 range. Time to back up the sleigh!

Yet, 2018 is a year that Facebook shareholders would like to forget, as the stock is down 30% YTD and over 40% from its recent high. Yet, while the media has reported on one scandal after the next and the NYT even tried to promote a #deletefacebook movement. The truth is revenues and more important user base has seen little impact.

As you read this article Facebook has 2.2 billion active users and has grown revenues 33% q over q during this controversial 12 months. Considering the user base excludes China, this is a lead that has no second place.

There are only three talking points on Facebook that matter:

Facebook is growing faster than 95% of the S&P with margins higher than about 90% of the S&P. However, for the first time, Facebook is trading at a discount to the S&P and is at its lowest multiple ever.

How does the most compelling ad platform with the most comprehensive global directory of people and businesses that is growing 25% next year become a value stock???

2018 was a year that Facebook had to deal with issues ranging from digital addiction, genocide in Myanmar, failure to adequately monitor or curtail propaganda from sources outside the country, and multiple abuses of user privacy. Zuckerberg even had to shed the hoodie to explain himself to Congress.

While Facebook’s behemoth database of user behavior and platform has been exploited – does that make them EVIL and un-investible?

Would you rather have your children addicted to Nicotine or Instagram?

Is Facebook more evil than Twitter, which Citron exposed last week as being called “toxic” by Amnesty International??

Or for those who just can’t give up a good story… is Facebook more evil than Herbalife??

Facebook has made progress with privacy and it continues to invest in the network. To trade at a lower multiple than MO and HLF because of questions about the morality of its business is nothing more than an epic buying opportunity.

It also must be noted that the press has resorted to sensationalizing Facebook privacy issues that is not intellectually honest. Nowhere was this dynamic more apparent than in the recent “scandal” from the NYT last week as they published a an expose that claimed Facebook let third-party companies like Spotify and Netflix read private messages from Facebook users. The story hit the stock for 8% but the reality was a lot more innocuous as explained by Facebook. Read for all those who really care.

*Citron opinion – Selling my info to Netflix or Spotify is not nearly as scandalous as putting asbestos in baby powder or stealing $6.5B from foreign governments. While privacy is an issue, it is not like Facebook is involved in the opioid epidemic (whose companies trade in line with $FB).

What is Next For Facebook? No CRaP… the new E- Commerce

Despite Facebook’s massive $9.5B R&D Budget, it is inevitable that the system will somehow be abused or exploited.

What excites Citron the most is not the: live streaming, 3d photos, integration of platforms, or augmented reality. We believe investors will be rewarded by the shift of user behavior to Instagram shopping and the personalization of the commerce process.

Jeff Bezos opened his kimono again last week and stressed that Amazon no longer wants to sell CRaP (Cannot realize a profit) products. These are the buying products like paper towel and detergent that are commodity low margin products that have become more of a public service of Amazon rather than a profit center. Being the all thing merchant to all people is not a viable business. (btw…this is not a knock against AMZN…we love AMZN)

While Amazon has always been a place where people go to buy while Instagram has become the place that people go to shop….think of anything you might buy in a mall and not Costco.

Shopping is where the $$$$$ will continue to flow. As expressed clearly in the recent Washington Post headline (ironic):

“Christmas shopping in the age of Instagram, where teens hang out instead of the mall”

Or as Business Insider noted:

“Instagram is revolutionizing the way people shop and making it easy for consumers to discover new, less-established brands.”

“In addition, look for Instagram ads to become more shoppable. Instagram recently made it possible for users to shop videos they see in their feed and save items to a specific “shopping collection” in their saved posts, among other shopper-friendly rollouts. Instagram is going to become a bigger platform for brands to offer product deals through stories, creating a sense of urgency and scarcity, and video-friendly formats such as IGTV” 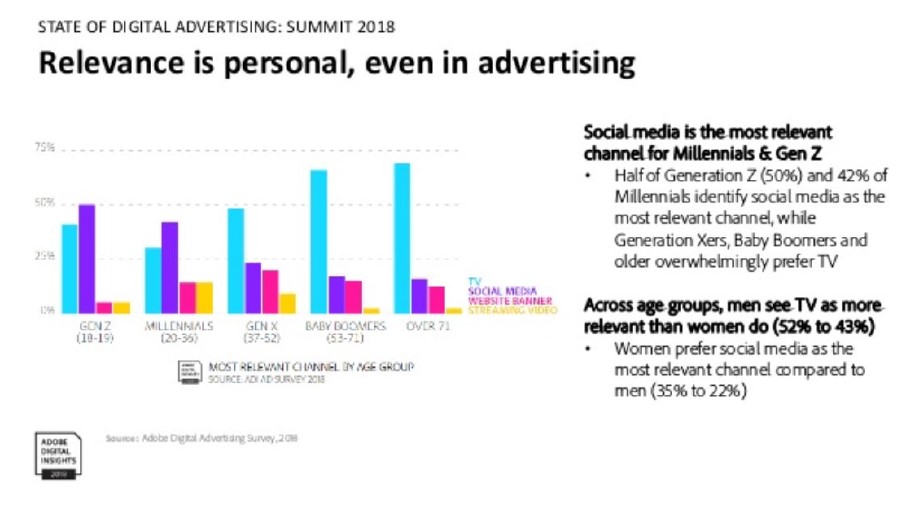 Marketing in the new social media era is the future. This is why Adobe acquired Marketo earlier this year in the company’s largest acquisition to date and Shopify is trading at such a huge premium to competitors.

Facebook’s offering of customer experience and user trends cannot be replicated…. not by Google or Amazon.

The social graph combined with the most advanced advertising tool ever created will soon allow us to have our own personalized shopping malls with multiple and unique brands right in our pocket. That is exciting.

Anyone who uses Instagram or Facebook knows the targeted advertising is so good that we admit its borderline scary… but worth it.

Books have been written and movies have been made on the Facebook is evil topic, but never before has Facebook been this compelling of an investment opportunity. As investors have become overly concerned about the short-term noise of privacy and propaganda, they have forgotten to look at the earnings power and potential of the most advanced advertising tool with global reach in messaging, networking, and the future of shopping.

The Facebook platform has advanced a long way and has turned this research firm from a one-time skeptic to a major bull.

Cautious Investing To All

Bill Ackman, David Einhorn, and Jeffrey Gundlach are among the distinguished investors that will speak at the upcoming 20th Annual Sohn Investment Conference. Taking place May 4, 2015 at... Read More

‘Secular graying’ isn’t a term that currently appears in many economic forecasts, but it is something investors should be keeping an eye om as it will have a major... Read More