Across the globe, climate policy is increasingly using investment support instruments, such as grants, concessional loans, and guarantees – whereas carbon prices are losing importance. This development substantially increases the risk of inefficient public spending. In this paper, we examine the ability of finance instruments to effectively and efficiently address market failures related to clean energy investments. We characterise these market imperfections – emission externalities, knowledge spillovers and capital market imperfections – and identify their negative impacts on the investor-relevant risk-return characteristics. We argue that finance instruments are able to address the effects of these market failures. However, a carbon price is superior in internalising the emission externalities. With respect to the latter two inefficiencies, investment support instruments can effectively compensate for the market failures if designed appropriately. We further provide policy recommendations on the choice of finance instruments to address the various market failures and guidance on how to use these instruments avoiding inefficient government spending.

Over the past few years, climate related policy intervention has witnessed a stark increase in the use of government subsidised financing. The corresponding instruments are neither directly tied to the emissions abated nor do they make carbon emissions more costly, but rather decrease the financing costs of certain projects and thereby increase the attractiveness of the corresponding investment. Essentially, the government moves away from its role as regulator determining the market rules and tackling externalities at their origin by introducing prices through carbon taxes or permit trading schemes. Governments take on the role of an actor on financial markets by providing financing to specific projects or programmes, often through their public finance institutions.

Environmental regulation and in particular climate policy has been through a dynamic history. Traditional command and control instruments dominated early policies characterised by government-defined technological standards such as “best available technologies” or direct input or output controls (Harrington & Morgenstern, 2007). The economic literature following the work of Pigou (1920) powerfully demonstrated the superiority of market-based instruments – at least in terms of their ability to implement a given level of emissions at least cost.1 One key issue is the decentralised nature of those market-based instruments that allows for cost efficient implementation without requiring detailed knowledge at the government level of technologies and individual firms’ abatement cost structures. Rather than giving explicit directives on pollution levels, market-based instruments provide incentives through market signals to encourage the behaviour. If designed and applied appropriately, these instruments realise a desired level of pollution abatement at least cost to society by inducing an equalisation of marginal abatement costs across firms (Baumol & Oates, 1988; Montgomery, 1972; Tietenberg, 1995). Hence, firms, which are able to reduce pollution the cheapest, abate the most. Market-based instruments also perform better in terms of incentivising the development of new technologies which has led to a rapid increase in the use of these instruments since the 1970s across OECD countries (Hahn & Stavins, 1992; Jaffe & Stavins, 1995; Stavins, 2003; OECD, 1999). The most prominent economic instruments in climate policy are the CO2 emissions trading scheme introduced by the European Union (EU) and the state-level emissions trading foreseen in the Kyoto Protocol to the United Nations Framework Convention on Climate Change in 2005 or 2009, respectively. Other policy schemes were introduced in parallel that mainly target the promotion of renewable energy (Menanteau, Finon, & Lamy, 2003).

In very recent years the trend of increased climate related government investment subsidy appeared, mainly through grants, interest subsidised loans or (less often) guarantees. Even the use of more complex so-called structured investment vehicles can be observed.2 The EU recently set regulations on the use of financial instruments of various European funds for, among other goals, reducing pollution. The International Development Finance Club (IDFC) – consisting of 20 national development banks operating nationally and internationally, inside and outside the OECD – reports total green financing by 18 reporting institutions of USD 99 billion in 2013 (Khosla, Eggink, & Gilbert, 2014). Multilateral Development Banks – not included in the figures above – report USD 28 billion of climate finance in 2014 compared to USD 27 billion in 2011 (World Bank, 2015). In addition to these financial institutions, 22 multilateral and 6 bilateral funds are dedicated to financing climate related investments. According to the IEA/IRENA Global Renewable Energy Policies and Measures database, currently 208 support policies (subsidy and loan programmes) for renewable energy are in force worldwide. 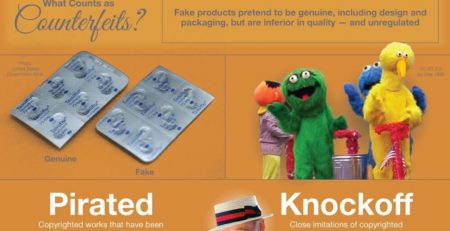