The recent red-hot coal price rise may not be sustainable but they are fueling higher commodity prices, Jefferies said as it raised commodity price forecasts and announced a string of upgrades.

“Coal price inflation is a game-changer,” the bank asserted as it re-rated South32 (S32), CNX Coal Reserves (CNXC) and Glencore (GLEN) from Hold to Buy; and raised Anglo American (AAD) and Vedanta (VED) from Underperform to hold. It maintained the Buy . . . 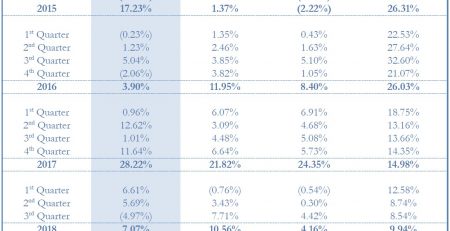 This is part three of a three part series on Lihua International Inc (NASDAQ:LIWA). Lihua is a Chinese company involved in the process of refining, marketing and selling copper... Read More

Buybacks have outperformed the market for most of the last twenty years, but total shareholder return has been even more important, according to research from the Goldman Sachs Portfolio... Read More

The stock market might not have much of an opinion on the election results tomorrow, as the establishment wings in both Republican and Democratic parties are perceived to be... Read More

JPMorgan Slashes 2013 Forecast For IT Spending

IT spending is likely to see lower growth this year before seeing revival in 2014, according to a report released by JPMorgan Chase & Co. (NYSE:JPM). JPMorgan's Analyst Cuts IT... Read More