Criteria used to select our basket

Our CEO Value screening tool (launched in April 2006) is built using a bottom-up approach. We apply it to the Stoxx 600 index, to obtain a list of European companies expected to deliver a “positive” message to investors over the next two years and thereby likely to outperform its benchmark, with a clear large cap bias.

To be included in our list, stocks have to meet the following criteria:

Our strategy is not without risk

The idea is to select companies that will implement change and move from being underperformers to outperformers. We identify two possible risks in our approach: 1) no change happens; or 2) changes take place, in management for instance, but the company’s situation continues to deteriorate.

Based on their most recent survey (“Time for New CEOs” – April 2013), Booz & Co. who have monitored CEO turnover for more than 10 years, saw a growing correlation between poor short-term shareholder returns and CEO turnover. Furthermore, companies are working thoughtfully to ensure they hire/promote the “right” leader they need, after a steep fall in turnovers during the recent economic turmoil.

…But not all changes are “for the better”

In our report “CEO Value & Corporate Governance: pressure on management leading to improved stock performance” (June 2007), we provided the results of a statistical case study on the subject. We did not run any other filter at that stage, and the results of our study illustrated the risks inherent to such an investment strategy. We found that:

Sound corporate governance is our compass

Increasing pressure on management from all stakeholders (including political and regulatory pressure) can lead to a clear improvement in share performance but this tends to happen over the longer term, as financial recovery is the ultimate goal. We believe CEO-driven stock selection should be made during two ideal periods: 1) when stakeholder pressure is building; and 2) following the announcement of a CEO’s departure, when share prices typically dip or mark a pause.

What is “sound corporate governance”?

Corporate governance evaluation – how it works We have identified four “core” corporate governance principles (which could be combined with “satellite” related information such as “controversies”) that we believe are of particular importance to our investment strategy in a challenging economic environment.

1) Independence of the board from the CEO’s vision

The major criterion in our view is the independence of the board of directors from the CEO’s vision and the board’s ability to question and challenge (and even dismiss) the CEO if deemed necessary. We believe board independence can be tracked using the following indicators:

2) Board and shareholding structures

We also identify a second set of criteria, relating to the board and shareholding structures:

Remuneration is one of the most sensitive corporate governance issues in the current economic environment, attracting public, investor and political attention. Share ownership is said to align directors’ interests with that of shareholders. There has been growing pressure to increase the link between executive pay and shareholder returns; many regulations voted throughout Europe link severance packages to company performance. The FSA recently issued a statement on executive pay, highlighting the widespread concern that inappropriate remuneration schemes to the detriment of the interests of shareholders and other stakeholders may have contributed to the market crisis.

Succession plans: one reason that boards may act slowly when it comes to replacing a CEO could be a lack of suitably qualified candidates. Succession planning structures and schemes allow companies to build a pool of candidates.

From “theory to practice”: we analyse corporate governance at two levels

We cannot make all of the above criteria mandatory in our stock selection as our pool of possible stocks would be reduced to close to zero. Instead, we use two levels of corporate governance analysis as an additional filter.

Second, we gauge the views of our equity analysts on corporate governance standards in their sector at the identified companies they followed.

Using both levels of analysis; we exclude groups that have a poor corporate governance evaluation, i.e. below-sector practices and/or a poor governance perception as provided by analysts.

Bottom line, this is not a “best-in-class” approach

We find it useful to be more specific on this matter: our screening methodology is not based on a classic “best-in-class” approach, which would potentially pick the best-rated companies on corporate governance in a sector. As we apply multiple filters – in particular selecting companies that have underperformed their peers over the last four years – our pool of possible stocks is not representative of a best-in-class basket.

Our CEO Value strategy consists of establishing a list of stocks for which corporate governance principles could be a driver for improved financial performance. Our CEO Value stock selection has outperformed its benchmark since its launch. In this report, we rebalance our selection, replacing 15 stocks which either recovered OR faced negative change in terms of corporate governance.

This stock selection is based on the potential catalysts for an upswing in performance over the next few years, as identified by our screening model.

Origins and Value of The Essays of Warren Buffett: Lessons for Corporate America

A detailed analysis of the corporate governance criteria used in our analysis for our “CEO Value basket” is presented as follows.

Nantahala Capital was founded in 2004 by Wil Harkey, and three years later he was joined by former college Dan Mack. Two former analysts from Sagamore Hill Capital, the... Read More

Buy Treasuries For Short Term Bounce Since Donald Trump was elected as president of the United States at the beginning of this month, global economic and political uncertainty has only... Read More 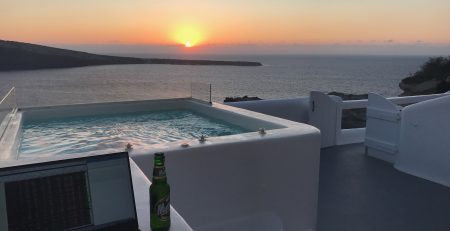 The stock market is overvalued by many different measures. I recently shared Dave Rosenberg’s thoughts on the subject. But at the SIC 2018 conference, we also heard a lot more from Steve... Read More