Several funds flocked to Iceland after its 2008 collapse, snapping up distressed banking assets following the $85 billion default of the island’s three largest lenders.

Glenn Welling’s famous activist hedge fund, Engaged Capital, had down second quarter, subtracting -3.22% and taking the year to date performance to -0.49% at a time when the HFRI Event... Read More

Norges Could Be Valuable Ally For Activists

Though Norway's NBIM has held a 3% ownership stake in five U.S.-based companies, the fund has never submitted a shareholder proposal or started an activist campaign against one of... Read More

Burgundy: Have You Planned for Market Corrections?

Burgundy: Have You Planned for Market Corrections? by Mathew Harrison, Burgundy Asset Management Many global markets have slipped into correction or near-correction territory.  As I write this, the TSX Composite... Read More 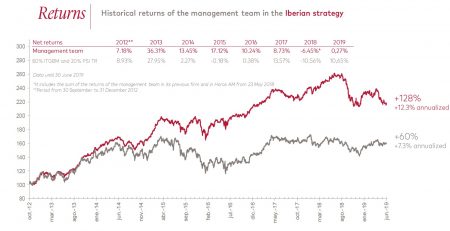 Horos Asset Management commentary for the second quarter ended June 30, 2019. Dear co-investor, The end of May marked one year since the launch of Horos, a project dedicated to maximising... Read More

Amazon Wants To Test Its Drone

As online behemoth Amazon.com, Inc. (NASDAQ:AMZN), in the midst of forcing the publishing industry on its knees as it controls nearly 50 percent of online book sales and is... Read More

Despite Media Speculation, Bank Of Japan Not Advocating Negative Rates

Even though bank customers in Japan may accept charges for asset deposits, its not likely to happen, says a Capital Economics report Read More