It was a frustrating year for Crispin Odey, as he thought his absolute return fund “gave away performance.” Who could blame him. He was short 10-year Treasury, costing him -4.87 percent on the year.  Frankly, many watching the yield curve have been stunned by the numbing stimulative effect that central bank policy has had on free markets. This is one of those trades that, in highly correlated portfolios, has . . .

Not So Fast: Fannie Mae, Freddie Mac May Still Be In Conservatorship In 2021

The clock may finally be counting down on the end of conservatorship for the government-sponsored enterprises. However, some analysts are not convinced that Fannie Mae and Freddie Mac will... Read More

Ron Wayne has lived one of those storied lives. Through a chance meeting with Apple Inc. (NASDAQ:AAPL) founders Steve Jobs while the pair worked at Atari, Wayne followed Jobs to... Read More 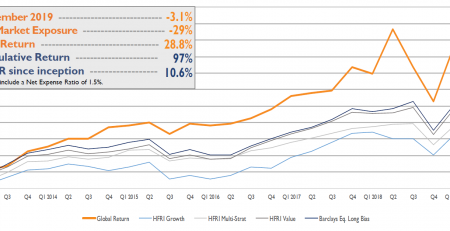 Has The Music Stopped For The US Economy?

MKM Partners’ chief economist & market strategist Michael Darda is warning that the music has stopped for the American Economy. The Economy is A Mosaic and S&P 500 Intrinsic Value... Read More