Here’s a great little video by Daniel Kahneman on the trouble with confidence. Kahneman makes the point that from a societal perspective confidence is generally very good, but from an individual’s point of view confidence is typically not always good.

Society rewards overconfidence. We want our leaders to be overconfident. If they told us the truth about the uncertainty we would discard them in favor of other leaders who sort of give an impression that they know what they’re doing.

So a lot of conflict is fed by overconfidence. There is an interesting story here of two biases that work in opposite directions. So one familiar, you can call it bias, but is what we call loss aversion. People put a lot more weight on negative events than on positive events. On loses than on gains.

So that’s one principle. If people are to gamble many on the toss of a coin and they stand to lose $100 they will demand more than $200 to accept the gamble which is in some ways is ridiculously risk-averse. So people are loss averse. On the other hand they’re optimistic, and so many of the decisions that people make especially in starting new businesses. That is where it’s been studied most extensively. People think they will succeed.

They open a restaurant because they think they will succeed. But in fact less than 1/3 of small businesses survive for five years. So clearly overconfidence is rife and overconfidence and loss aversion seem to be acting in opposite directions.

It is not true that they know the odds and they take the risks willingly but many of them, most of them probably do not know the odds.

From the point of view of the individuals it is not always good to be optimistic. For example I have no interest whatsoever in my financial advisor being an optimist. I don’t care for that. For an entrepreneur it may be a good thing to be an optimist because it will make him or her persevere more.

We know that being an optimist is useful under some conditions. It is not always useful in making decisions.

You can watch the video here: 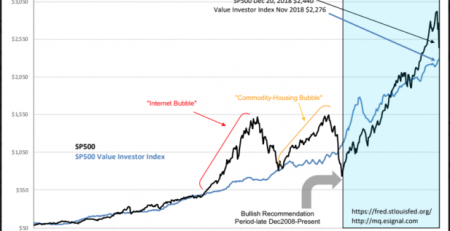 There really isn’t any fundamental reason for this sell off. Based on economic data the economy is strong and continuing to grow. The market was high, but nowhere... Read More

Wage Growth Set To Weight On Profit Margins  A tightening labour market and peak margins pose a risk to S&P 500 profits in the near term; that’s according to a... Read More

Raferty Capital Markets' Richard X. Bove weighs in on retail banking, noting that right now, the outlook is uneven across the sector. Stock Picking The outlook for the banking industry is... Read More

An alternative investment strategy, UCITS funds have gained popularity in recent years, and investors have flocked to these vehicles in search of higher liquidity and transparency. Put simply, UCITS... Read More

Kerrisdale Partners delivered net performance of +3.28% to our investors in May 2014. This brings the hedge fund's net Ytd performance to 2.69%. Core Longs and an Opportunistic short... Read More