The top-performing stock for the one-year period and a strong contributor for the recent quarter was LSL Property Services, one of the U.K.’s largest residential estate agency and property appraisal companies. There is increasing optimism in the U.K. over a potential recovery in the residential housing market, where transactions are off nearly 60% since the ’06 peak. In early 2014, the U.K. government is expected to implement its “help to buy” program. Although other government programs have been implemented in the past to support the residential housing market, “help to buy” appears to be different because of its large scale and because it will benefit purchasers of existing homes, as opposed to previous programs that targeted new homes. Even though the program is not yet in effect, banks seem increasingly willing to make mortgage loans, as reflected in the double-digit year-over-year increase in mortgage approvals in May and June. We believe the U.K. residential market is in the early stages of recovery and that LSL will be one of the biggest beneficiaries of this trend.

The weakening yen and market rally in Japan benefitted Yamaha Motor (TSE:7951), another top performer in the Fund for fiscal year 2013. Yamaha is a world leader in producing motorcycles and recreational vehicles, and it also produces motor vehicle engines for Toyota Motor Corp. and Ford Motor Co. The company’s specialty products include motor boats, snowmobiles, golf carts and electric power generators. Yamaha sells its products globally, including in Japan, North America, Europe, Asia and South America. Yamaha’s first-quarter financial statements showed that its best results came from its marine segment, driven by all product areas: outboard motors, personal watercraft, boats and parts. The company’s core motorcycles unit produced the weakest performance. However, we believe positive trends are emerging, including a stabilizing Indonesian market, as evidenced by a growth in Yamaha’s Asian motorcycle sales and improved sales volumes month over month.

Incitec Pivot (ASX:IPL) was the largest detractor from performance for the fiscal year and also a detractor for the quarter. Incitec supplies mining explosives products and services in Australasia and North America, and it is also Australia’s largest fertilizer distributor and only phosphate fertilizer manufacturer. Fertilizer prices fell significantly over the period, which caused investors to lower earnings estimates for the company. However, we believe this simply reflects a move towards a more normal pricing environment. Also, in July, Incitec experienced a production outage at its Phosphate Hill ammonia plant. Management indicated that the outage would reduce production of ammonium phosphates during the second half of the year, estimating an earnings impact around $23.5 million (USD) after tax. This setback, combined with a production disruption at the new Moranbah explosives plant, caused investors to worry about near-term consequences for the company. Although these issues occurred in close succession, we believe that both were one-off events and that the company resolved them relatively quickly. Based on our research and discussions with management, we believe that outside of the difficulties at these two plants, the rest of Incitec’s plants are operating well. The company is enacting a number of improvements that should help prevent such problems in the future, including changes of operations management and in the way that the engineering and operations groups interact. We remain confident in Incitec Pivot’s management team, and we continue to believe that this investment will reward shareholders in the long term.

Four new securities were added to the Fund this quarter. From Brazil, Totvs, a developer and marketer of software solutions; Wajax, a Canadian multiline distributor active in the sale and service of mobile equipment, power systems and industrial components; Italy-based Davide Campari, the sixth largest spirits company in the world; and Sulzer, a Swiss company specializing in industrial machinery and equipment, surface technology and rotating equipment maintenance. We sold Britvic, Konica Minolta and Ichiyoshi Securities during the quarter.

Geographically we ended the quarter with 23% of our holdings in Asia, 61% in Europe and 11% in Australasia. The remaining positions are in North America, Latin America and the Middle East.

Because we continue to believe that some global currencies are over-valued, we maintained hedge positions on five currency exposures. At the recent quarter end, we had hedged 35% of the Fund’s Australian dollar, 51% of the Norwegian krone, 25% of the Swiss franc, 7% of the Japanese yen and 30% of the Swedish krona exposures.

We believe the Fund is positioned to perform well in a variety of market climates. Thank you for investing alongside us. 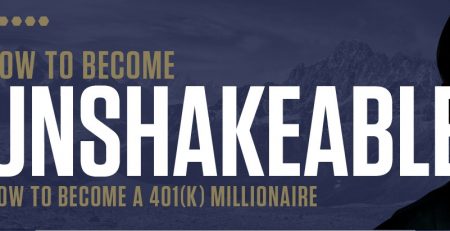 The S&P 500 Index is up just 1.6% year-to-date, through 5/18/18. When the market goes sideways, or worse yet—declines—stocks that pay dividends become even more valuable. Receiving quarterly dividend... Read More

Many insurance providers are integrating a novel approach into their policy structures. The system rewards positive behavior that leads to less health care usage, but it comes at a price.... Read More

The Internal Revenue Service’s in-house watchdog group have said that the existing tax code is hurting U.S revenue, arguing that the need for reform was a predominant priority. This was... Read More