The top performing stock in the Fund this past quarter was gategroup  (“Gate”), a Swiss company that provides services to the travel industry, including flight catering, airport services and lounge operation. During the quarter Gate reported its third quarter results, which showed that its multiyear restructuring program was beginning to have a positive impact on group margins. Furthermore, 2014 proved to be one of the better operating environments for the airline industry (Gate’s key customers) since the financial crisis due to robust passenger growth and recent declines in oil prices, which have helped airline profitability. The more favorable macro backdrop should benefit Gate into 2015, but the key driver to value creation will be the continued execution of its cost-reduction plans. In November, Gate’s board appointed Christoph Schmitz as its new Chief Financial Officer, which we hope leads to better execution of the cost-reduction plan and increased focus on improving the cash conversion of the business.

The Fund’s largest detractor for the quarter was DGB Financial Group, a regional South Korean financial holding company that provides a full range of consumer and commercial banking-related financial services. Late in October, DGB released its third quarter results, which were only slightly below our estimates but were weaker than its peers in South Korea. In mid-November, DGB announced a rights issuance, which ignited a significantly negative market response. DGB plans to use the additional capital to accommodate growing its loan business, to initiate an auto finance business and to acquire Woori Aviva Life Insurance Company. We also have concerns about the issuance, as the use of capital appears to be suboptimal and is counter to DGB’s previously stated intentions of slowing growth in order to focus on harvesting better margins. However, we continue to believe DGB’s primary business region and its current undervaluation support the stock’s attractiveness.

Netherlands-domiciled geological engineering company Fugro was the largest detractor from performance for the calendar year due to continued declines in oil prices, which led to further postponements/cancellations of off-shore projects. During the fourth quarter Fugro announced another significant downgrade to its earnings outlook as well as a host of restructuring/impairment charges, which put into question its ability to comply with financial covenants. As the quarter progressed, Fugro’s balance sheet improved as Royal Boskalis Westminster acquired nearly a 15% stake in the company and Fugro secured amendments to its financial covenants. However, falling oil prices could make the operating environment in 2015 even more challenging than it was in 2014.

Fugro is a highly operationally-geared business, and our original investment thesis assumed a continuation of high single-digit growth in off-shore exploration and production capital expenditures (E&P CAPEX), which has proven to be inaccurate. Because we miscalculated the operating environment for Fugro, over the past six months we have significantly reduced our estimate of Fugro’s intrinsic value. However, even with the challenges Fugro faces, we believe that off-shore E&P CAPEX trends will eventually improve and that Fugro’s market positions are strong, Thus, we remain invested in the name.

We added one new security to the Fund during the quarter, Spain-based Applus Services. Applus is a leading global certification company specializing in testing, inspection and certification services. The company provides solutions for clients in all sectors to ensure that their assets and products comply with environmental, quality, health and safety standards and regulations. During the quarter we sold Nifco and Yamaha Motor from the Fund.

Geographically we ended the quarter with 20% of our holdings in Asia, 65% in Europe and 12% in Australasia. The remaining positions are in North America (Canada and the U.S.), Latin America (Brazil) and the Middle East (Israel).

While the U.S. dollar has strengthened, we still maintain hedge positions on three of the Fund’s currency exposures. As of the recent quarter end and as a result of the strengthening dollar, we decreased the Fund’s Australian dollar hedge to 24%, the Norwegian krone exposure to 19% and the Swiss franc exposure to 25%.

We thank you for your continued confidence and support and wish all of you a very happy and healthy 2015!

General Electric Company (NYSE:GE) CEO, Jeff Immelt sat down with Bloomberg Television’s Tom Keene this morning on “Bloomberg Surveillance” and said, he was bullish on Africa and the Middle... Read More 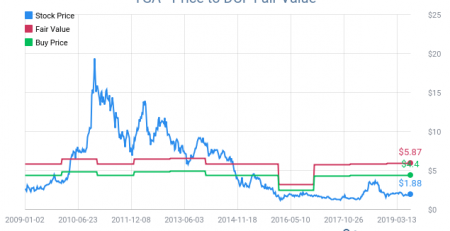 David Einhorn's Greenlight Capital revealed that its fund was down 5.5 percent in August, bringing the year to date loss to 14 percent, according to its web site. Looking... Read More

Semper Augustus Investments Group's annual letter for the year ended December 31, 2015. Value Investing World says: For all fans and followers of Berkshire Hathaway, this is a must-read. I've known and... Read More

In select alternative investment circles a “hedge” fund manager puts their skill on display when the stock market heads south. While no one can predict the future, noncorrelated investment managers... Read More

Guy Spier, chief executive officer at Aquamarine Capital Management LLC, discusses his book "The Education of a Value Investor: My Transformative Quest for Wealth, Wisdom, and Enlightenment" and his... Read More