David Rubenstein is a Co-Founder and Co-CEO of The Carlyle Group LP (NASDAQ:CG), one of the world’s largest private equity firms. David Rubenstein co-founded the firm in 1987. Since then, Carlyle has grown into a firm managing $185 billion from 34 offices around the world. Very rough notes from David Rubenstein below.

We are covering the 2014 SALT conference make sure to sign up for our free newsletter to ensure you do not miss any. Also see David Tepper’s SALT Conference speech which spooked the markets.

David Rubenstein on Taking Ownership: A Conversation on the Economy, Markets & Washington

David Rubenstein told how he grew up and started The Carlyle Group LP (NASDAQ:CG) with 5m in assets.

Very bullish on China, which he says is very welcoming to private equity firms. He sees the second largest economy as the best place to invest outside the US.

Everyone wants the economy to be growing faster, economy is in reasonable shape

Entitlement reform– the obsession with debt has gone away, deficit has gone down and as a % of GDP it is not awful. David Rubenstein does not see any entitlement reform in the near future and no concern in Washington to care. We will probably need a crisis in order for people to care again. We need a little inflation. Reasonable inflation is not a terrible thing.

Prices are more attractive in Europe than the U.S.

U.S. will have the only reserve currency for the foreseeable future and that will be helpful

Giving away all of his money, giving back to America for all it has given him.

Buys historical documents and donates them to museums.

Americans do not know anything about the U.S. history.

Wants people to know about the history of America and realize where we came from.

Fed will still on track with tapering, nobody knows for sure when they will start raising rates, be done with tapering by end of 2014.

In the last 40 years, if you were to look 2 years out from a presidential election, you would have been wrong every time picking the front runner.

Jeb bush if he runs, will be the frontrunner for the GOP and the race will be his

Market is not cheap, companies are not cheap at this point, you won’t get a steal of a deal

Passed on seeding Facebook Inc (NASDAQ:FB), while Zuckerberg was in college, said it wouldn’t go anywhere

Said he is terrible at spotting trends.

Met with Dr. Dre because they were investors in Beats, but didn’t even know who Dr. Dre was.

Geniuses are too hard to work with, so he doesn’t hire.

Looks for reasonable success, hard work, team player, looking for someone wants to make money for the right reasons and give it away.

He is in a sprint to the finish line, because he is 64 now and you never know how long you have left to live.

Wants to give back a lot and leave the world a slightly better place.

Do something in your community and raise your kids well.

You can only do so many things with money, use your license to make money, but to make the world a better place.

happiness is the most elusive thing in life, but he is a happy jew, which is rare he laughs out loud.

You feel better about yourself when you give away money, and then you are happier, and the happiest people live the longest. 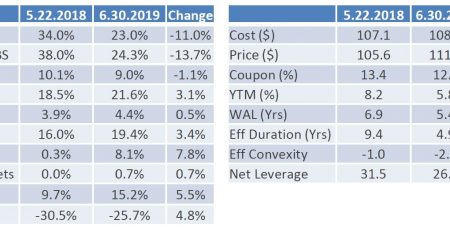 Sequoia fund investment day transcript: Bob Goldfarb: Good morning and welcome to our investor day. We will take questions until 12:30. We have to vacate the room by one o’clock,... Read More 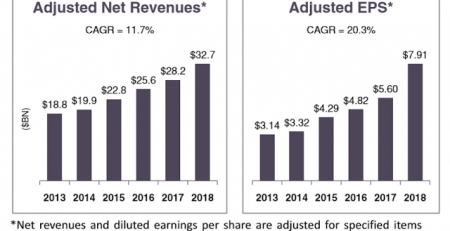 Divergences Converge - Global Capital Flows Begin To Shift by Ashwin Bulchandani, MatlinPatterson In our last letter, we drew attention to the gap between U.S. credit and equity markets that... Read More

Weston Hicks' annual letter to Alleghany shareholders for the year ended December 31, 2015. To Our Stockholders Alleghany's common stockholders’ equity per share at year-end 2015 was $486.02, an increase of... Read More