How does he do it? David Tepper is one of the most successful hedge fund managers in history. After racking up billions in gains over the past few years Tepper has become a legend on the Street. His mere words (or misinterpretations of them) can move the market drastically up or down.

After having a somewhat disappointing 2014, Tepper is back on his game. According to a recent issue of HSBC’s hedge weekly, the hedge fund master’s Palomino Fund is up a very impressive 11.5% through the first quarter of 2015.

Tepper’s words can and will move markets so investors will be eager to hear what the richest man in New Jersey has to say. Will he talk stocks, fed or general outlook? We would bet on it being the Fed and general outlook on the economy and Fed policy. Get ready for some potential moves in the S&P 500 as David steps up to talk at the Sohn 2015 investment conference.

David Tepper starts out with his characteristic humor, he says “not going to be that highbrow…we’re bringing things down from Gundlach a little bit here, okay?” Laughter from the crowd follows.

Tepper reminds the audience that he told them to short the Euro back in November of 2014 and notes that the trade did very well.

Tepper notes the strange current relationship between stocks and bonds and asks “something has to give here, right?” Look at bond spreads v equity risk premium.- stocks go way up from here, while Treasuries go way down. Tepper believes that equities are now cheap. He notes that now investors have “four feds to fight” as other central banks (PBOC, BOJ, BOE and the Fed) are easing, which should push up equity prices.

Tepper tells the audience  to never short options that lengthen – “it’s really hard”, and he believes that China’s easing will boost asset prices.

After a brief interruption by Michael Bloomberg who chimed in to note the success of the event in raising charity for the Sohn Foundation, Tepper continued with his thesis. David noted that bonds are just horrible in the QE global environment.

Bond spread vs equity risk premium, Tepper says stocks have to go up a lot or treasuries have to come down a lot. If treasuries don’t move the stocks will appreciate about 30% to get to a normal rate.If you believe where the treasuries are as being real.

Talking about Monetary policy and negative interest rates. Us eu japan and china. China has a lot of room to go. China cut RRR to spend on fiscal stimulus. They are monetizing their debt in some respect. Easy mney everywhere it seems on this chart, don’t fight the fed they say. Now we are fighting 4 feds. What happened when they cut rates in china? H shares might be a good buy. But people don’t like them because they are all banks. He says kick the tires on these Chinese banks. You don’t want to short something that has options that lengthen. What is an option that lengthens? Bond markets. Things got good when china cut. Re-inflation of the economy. China is going to cut more so don’t fight. China is going to be issuing more debt doesn’t think their bonds are a good ideas. But equities are going to do well. How much will they spend 200- 300million? Tread carefully commodities, supercities may help the materials but its long out. Monetary policy has worked for 4- 5 years right now. Don’t fight it. 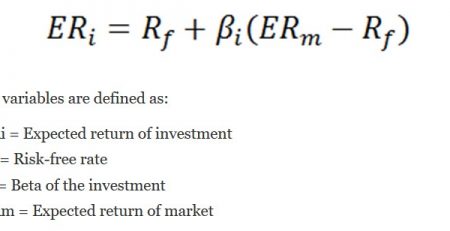 In the world of investing, volatility matters. Investors are reminded of this every time there is a downturn in the broader market and individual stocks that are more volatile... Read More

What Happens When you Buy Quality Stocks

How I Made a Killing in the Stock Market I'd like to start by telling you a story about a killing I made in the stock market many years ago... Read More

Fund flows surge and Fixed Income Funds in particular, are one of the beneficiaries US funds and ETFs reported the highest total weekly inflows of the year last week according... Read More