David Tepper says he is feeling better about the markets since the ECB action Thursday morning, reports CNBC’s Kate Kelly. He had previously said he was nervous at the SALT Conference in Las Vegas.

he stopped short of saying i’m no longer nervous, but that was certainly the indication. he basically said back in may when he spoke at the las vegas hedge fund conference that you and i were both at, he made a list of things, macroeconomically, that were concerning. ecb was top of the list. i remember him saying at the time, look, they need to ease in june, which of course is today now, but he wasn’t even sure at the time that would be enough to alleviate some of his and other people’s concerns about the markets, but it might be too lilt, too late. however, he indicated he was pleased by what he saw today, saying if you looked at the ecb and their actions today, not just rates but other step, chinese stimulative policy we’ve seen unfolding in recent weeks, instability in ukraine starting to settle down a little bit, and the u.s. growth picture improving slightly since he spoke, he said the bottom line is all of those things alleviated one by one by one to a certain extent. so, you know, he’s being very, very cautious in what he says, but i read that as i’m a little less nervous. you alluded to it, kate. we were both there. i think some people misconstrued what tepper said out at salt. nervous time by no means meant bearish time and he was still long and still longer than most other hedge funds. that’s true. he took pains to say i’m not telling anybody to go short, i’m just telling them to make sure they’re hedged and not be over long. but if nervous time, i’m nervous, those are powerful words coming from david tepper. i don’t know they were necessarily miscontinue stewed. someone of his gravitas, it moved markets. appears to be moving the market today. kate, thanks so much. thank you. rob, you were out in salt as well so, you heard tepper, saw what the ecb did today. what do you think of the market landscape as we sit here? i would agree with david. i think this takes one major risk off the table. if you look at the u.s., we definitely needed to see earnings growth deliver and economics growth deliver, demand the first quarter economics growth wasn’t doing what it was supposed to but earnings growth did. earnings were up 6% in the quarter, most number of beats in some time, and now we needed some of the negatives to come off the table or the potential negatives, potential shocks to the system. you just can’t have that when markets have come off such great performance. you need to take the negatives out. and i think that’s what’s happened today. i think draghi did exactly what he was supposed to do. you made a point yesterday that you didn’t think he should get the bazooka ready. right? he got it ready. he didn’t use it. right. that’s exactly what he was supposed to do. and i think that’s unambiguously positive for that market and ore e markets. a lot of little bullet, not the big bazooka, so still reserving it for down the road perhaps if he has to do full-blown q.e. right. what we talked about yesterday with o’neill as well as one commenting on the draghi, what he would likely do here today, he did exactly that. he took their rates basically to negative overseas. that was as far as he was willing to go, but he did talk the rest of it so he walked the walk first judge and now he’s talking the talk and the talking the talk part is what really, you know, got the marks moving again and david tepper basically saying this gives me comfort, the fact that he actually did walk the walk. he didn’t disappoint and that was very important to him. right. alleviated to a certain extent.

Amitabh Singhi's outstanding presentation from the Value Investing Congress 2014 (VW readers can get a huge discount by using VALUEWALK  or  VALUEWALK2 if registering for the workshop), on Indian... Read More

The Jobs Report – Anyone Think It Is Giving Us A Peak Signal (i.e. A Recession Is On the Way In)?

The Jobs Report - One of the first things one learns when studying for beginning financial exams is the difference between a leading indicator, a coincident indicator, and a... Read More

A rare interview with Great Investor and Morningstar’s 2016 Domestic-Stock Fund Manager of the Year, David Wallack. Listen to the audio only version here: Newsletter In this age of rage for indexing,... Read More

The Dangers of Euphoria in Real Estate Investments

The Dangers of Euphoria in Real Estate Investments November 25, 2014 by Keith Jurow There is widespread consensus that the real estate crisis is over.  The possibility of a repeat of the... Read More 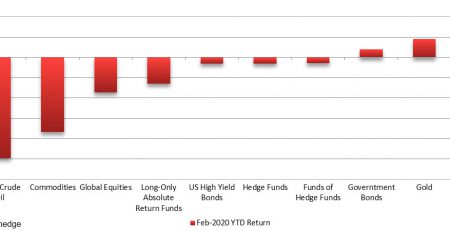 The Eurekahedge Hedge Fund Index was down 1.63 in February, outperforming the underlying equity market as represented by the MSCI ACWI IMI (Local), which lost 7.82% over the same... Read More