A rare interview with Great Investor and Morningstar’s 2016 Domestic-Stock Fund Manager of the Year, David Wallack.

In this age of rage for indexing, active money managers are getting short shrift, losing assets in droves as investors opt for low-cost, passive index funds and ETFs which have been outperforming the vast majority of stock mutual fund managers for 15 years or more.  Over the past two years alone, investors have pulled $574 billion from actively managed U.S. funds and plowed $924 billion into passive vehicles.

As Barron’s recently pointed out, active U.S. managers oversee about $9.7 trillion in assets, but that haul hasn’t grown much in four years and is just seven times the 1993 total. In contrast, the $5.4 trillion in passive funds has doubled since 2012 and has grown 158 times since 1993. Of note is the fact that 1993 was the year the first exchange traded fund was launched, the S&P 500 Depository Receipt or SPDR for short, still one of the most actively traded ones today.

There are always exceptions to every trend, and we try to find them for you on WEALTHTRACK This week’s guest, David Wallack, is one of them.  Wallack is the long time portfolio manager of the T. Rowe Price Mid-Cap Value Fund, which he has managed since the end of 2000.  Wallack was named Morningstar’s 2016 Domestic-Stock Fund Manager of the Year.  As Morningstar put it:  “Wallack has successfully used a contrarian approach at this Gold-rated fund… for the past 16 years” and noted its “…strong risk-adjusted performance.”

As of year-end 2016 the fund had beaten its category peers and Russell Mid-Cap Value benchmark in multiple periods, including the last 3, 5 and 10 years. Since inception its nearly 11% total annualized returns has also far outpaced its benchmark.

Contrary to many actively managed funds the assets in T. Rowe Price’s Mid-Cap Value have remained pretty stable at more than $13 billion, which means the fund,  closed to new investors since 2010, is not planning to reopen any time soon.

Why has Wallack’s contrarian value approach delivered results when so many of his competitors have not? We asked him to describe his method, some of his most controversial ideas and his views on passive investing.

We also have an EXTRA interview with Wallack about how he transitioned from stonecutter to portfolio builder. It’s available exclusively on our website.  If you miss the show on Public Television, you can always watch it at your convenience online. If you have comments or questions, please connect with us via Facebook or Twitter.

Make Sure Your Stock Portfolio Is Diversified Among Different Asset Classes

How did a former stone carver transition from building cathedrals to building stock portfolios? David Wallack portfolio manager of T. Rowe Price’s Mid-Cap Value fund and winner of Morningstar’s 2016 Domestic-Stock Fund Manager of the Year award says some of the skills are transferable. 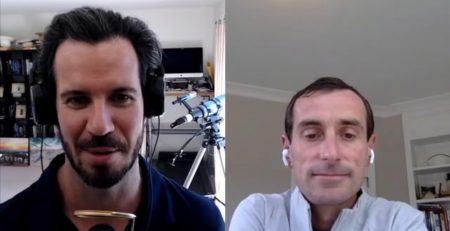 Of course it’s possible for active fund managers to add value. But in practice, after costs, they very rarely do. Part of the problem, says Weston Wellington from Dimensional... Read More

Canadian ETFs/ETPs Gathered $83 Billion At The End Of November

BEST PAYING BANKS While banking is a lucrative career, all banks are not equal: views on pay, diversity, culture, location differ at each and every institution. Here, we shed some... Read More