Does Anyone Honestly Believe That Inflation Is ‘Transitory’ Anymore? – ValueWalk Premium

In the early summer of 1514, Spanish conquistador Ponce de Leon returned home to the court of King Ferdinand as a hero.

De Leon was among the first of Spain’s conquistadors to discover gold– right here in Puerto Rico. And that was enough for him to be knighted and bestowed all sorts of royal honors.

By that time, Europe had been suffering a shortage of gold and silver for nearly a century; mines and mints had closed down all across the continent, triggering what economic historians call ‘The Great Bullion Famine’ in the mid 1400s.

So the supply of money, i.e. gold and silver, was essentially stagnant. Technically European money supply was falling, because most European kingdoms ran a trade deficit with Asia and the Middle East.

Yet at the same time, European economies were finally starting to grow again following the consequences of the Black Plague and the Hundred Years War.

English wool production, for example, nearly tripled between the mid 1400s and the early 1500s.

So with more goods and services being produced at a time that money supply was falling, prices declined. This essentially what deflation is.

Wages, rents, and food prices in Spain, for example, dropped 25% over a century, according to economic historian E.J. Hamilton.

Now that actually sounds pretty good. But to Europe’s rulers, this deflation was a total catastrophe. And it sparked a number of international expeditions to find more gold.

Ponce de Leon was just one of many conquistadors to discover rich mineral deposits in Latin America… and then enslave the local populations to mine them.

The end result was a veritable mountain of gold being transported back to Spain, triggering a flood of new money into Europe’s economies.

Suddenly there was a surge in the money supply… yet roughly the same amount of goods and services being produced.

You can probably imagine what happened next: inflation.

These are clearly simple concepts; it doesn’t take a Ph.D. in economics to understand that, when you flood the financial system with money, it’s going to have an impact on prices.

Earlier this year when the government announced sharply higher inflation for the month of March, the Federal Reserve deemed the inflation to be ‘transitory’.

That was six months ago. Inflation has surged even higher since then.

It’s not hard to understand why.

First off– the Fed expanded the money supply last year more than in any other year in US history except for 1943. That’s obviously going to have an impact.

At the same time, the government forced businesses to close… and then paid people to stay home and NOT work.

So essentially we had a LOT more money in the system, but far fewer goods and services being produced.

This has predictably created substantial inflation.

They understand that their zero interest rate policy and their bonanza of money printing are both driving prices higher.

They also understand that inflation is a MAJOR concern.

But then they essentially said, “Yeah, we’ll get to it in a couple of months.”

To give you an example, the Fed has been engaged in a ‘bond buying’ program… which means that they’re flooding the financial system with $120 billion per month in new money.

This is definitely a major factor that contributes to inflation.

Yet according to its announcement yesterday, the Fed is not even going to START the process of terminating this program until November. And even then, it will take them until the middle of NEXT YEAR before it’s been fully wound up.

What’s more, the Fed suggests that they might start raising interest rates by the end of 2022… and only HALF of the voting members think that’s a good idea.

Unreal. Inflation is surging near multi-decade highs. But they won’t even start the process to fix it for a couple of months, and might not do anything meaningful at all.

There are other factors as well to consider.

Competition, for example, is a great counterbalance to inflation.

Vigorous competition encourages businesses to deliver the highest quality products at the lowest possible price. And this is how the free market helps keep inflation in check.

But take a moment to reflect on US economic priorities:

They put a Socialist in charge of the Senate Budget Committee. They forcibly closed countless businesses during the pandemic.

They fanned the flames of hysteria to make people terrified to go to work. They spent hundreds of billions of dollars to pay people to stay home and NOT work.

And now, even though so many companies are struggling to find employees willing to work, they’re forcing businesses to lay off 90+ million unvaccinated workers.

If that weren’t enough, they’re trying to raise taxes on business and investment income, creating even more disincentives.

Hunter Biden’s dad insists that he’s a capitalist. But these are all EXTREMELY anti-competitive, anti-capitalist policies.

Stifling competition chips away at one of the last major counterbalances to inflation… at a time when the Federal Reserve is in absolutely no hurry to reverse its inflationary policies.

Does anyone honestly believe inflation will be transitory?

Ironically, even the Fed doesn’t believe it. Because in their updated economic projections, they quietly revised their 2022 inflation forecast notably higher.

If you’d like to hear more about this, take a listen to our Freedom Podcast today, which you can download here.

That's why we published a new, 50-page long Ultimate Guide on Gold & Silver that you can download here.

How you could Double Your Money with an asset
That Has a 5,000 Year History of Prosperity

As I have explained for a while, the U.S.-China conflict is much more extensive than a “trade war.” It is an ideological conflict of comparable powers in a small... Read More

Pershing Square and Allergan have just settled over their poison pill dispute. Below readers can find the full press release as well as the actual court documents, which we... Read More 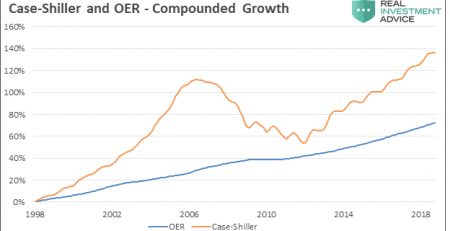 “That is some crazy talk” – Bill Gates on the topic of MMT Q4 hedge fund letters, conference, scoops etc In our article, MMT Sounds Great in Theory… But, we dove... Read More

David Hurwitz: Investing At The Extremes Of Value

David Einhorn is President of Greenlight Capital, Inc., which he co-founded in 1996. Greenlight Capital is a value-oriented investment advisor whose goal is to achieve high absolute rates of return... Read More