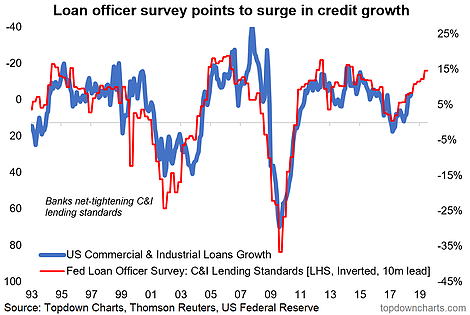 Don’t Mention The “B” Word

Ever since the current bull market began, back in 2009, it has had its critics. For the past ten years, there has been no shortage of investors and analysts claiming that the next downturn is only just around the corner. So far, each prediction has been incorrect. And so has Peter Lynch's age-old statement above.

Even though we don't know when the next bear market will arrive, we do know . . .

We offer questions to ask of EMC, VMWare, or any banker promoting anything related to a deal here. Facts of Interest or Concern: We've been steadily tracking undisclosed SEC investigative activity... Read More

TT International, a European hedge fund, had difficulty in July, as a reversal of market environment in Europe pushed the long / short equity strategy into a loss of... Read More

Star Investors Reveal Their Hits and Misses by Gregory Zuckerman, The Wall Street Journal Even the superstars swing and miss. Much of the time, in fact. That is as true... Read More

The Quality-Value Tug Of War

The Quality-Value Tug Of War by Richard Rooney, Burgundy Blog By most accounts, the last few years have been a very tough time for deep-value investors. Persistent slow world economic... Read More

The PE Index No One Wants To Look At

Investors have a tendency to pay too much when things are going well, and sell for too little when the market struggles, so it’s useful to have an idea... Read More

Yen Could Spiral Out Of Control: Ex-Soros Adviser

Takeshi Fujimaki, a former advisor to investor George Soros, predicted in a recent interview that once investors see through the Bank of Japan’s camouflage and really get a grip... Read More

Use This Simple Quality Ratio To Improve Your Investment Returns by Tim du Toit, Quant Investing What if I told you that there is a simple quality ratio you could use... Read More

It's been an extremely interesting day so far on Wall Street. Two of the biggest gainers in today's market are up by more than 15%. While another of our... Read More